A 4″ inch with Hook and Loop Squadron Patch of the HMLA-369 Gunfighters.

Marine Light Attack
Helicopter Squadron 369
HMLA-369
“Gunfighters”
In 1972, during Operation Marhuk (MARine HUNter Killer), HMA-369 became the first Marine Corps helicopter squadron to conduct offensive operations against an enemy. The squadron was also the first FMF helicopter squadron to fire the “Zuni” rocket in combat (sorry 169!). The “Gunfighters” were the first Marine squadron on the scene during the Gulf War, and later participated in peacekeeping operations in Somalia. During 2003, HMLA-369 deployed with MAG-39 in support of Operation Iraqi Freedom. 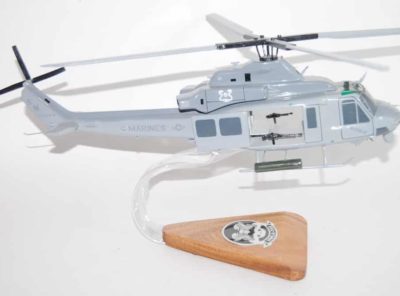 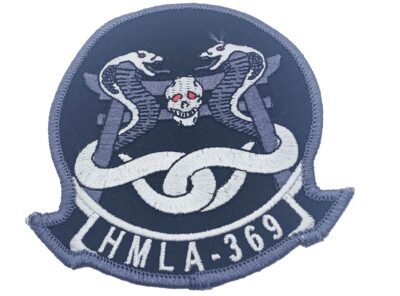 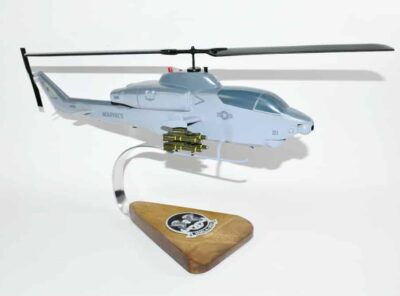 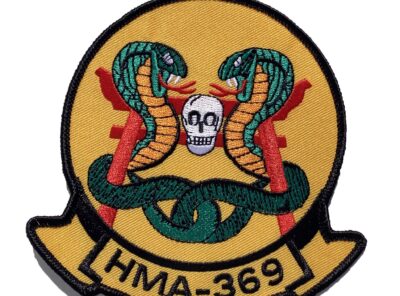 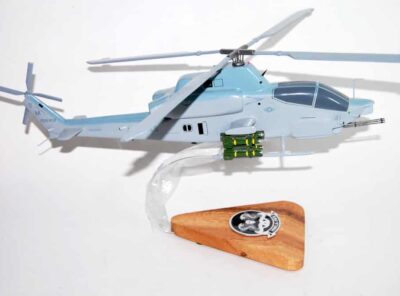 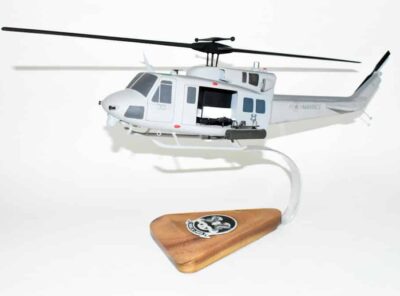 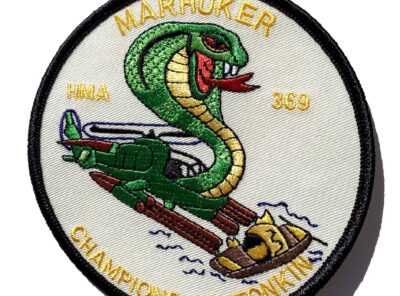