In December 1977 HMLA-269 took delivery of the first AH-1T (TOW) Cobra. The Squadron opened a new era of attack helicopter aviation in 1979 by being the first Marine Corps squadron to fire the TOW anti-tank missile from an airborne platform. From that day, HML/A-269 has not surrendered the lead in developing a wide range of new anti-armor tactics. In the Early Eighties, with the addition of the UH-1N, HML/A-269 expanded its primary mission to include utility helicopter support. Though heavily committed, HML/A-269 maintained its impressive list of firsts; first flight testing of biochemical protective suits in the AH-1T (TOW), first flight testing of fast rope insertion equipment, first to refine the TOW missile engagement gun and missile radars. Additionally, the squadron participated in the first actual movement of 2d Marine Aircraft Wing assets in an air contingency drill. In 1986, the Gunrunners achieved yet another first when they fired a Sidewinder air-to-air missile at a target drone over the Desert of China Lake. These achievements earned the squadron a Meritorious Unit Commendation and selection as the Marine Corps Helicopter Squadron of the Year for 1986.

Following the Gulf War, the Gunrunners continued to support requirements of LF6F deployments, in such areas as Yugoslavia, Somalia and the Middle East. The squadron also supported numerous 2d Marine Aircraft Wing and Marine Forces Atlantic exercises, both CONUS and abroad, including exercises in Norway and Puerto Rico. In 1994 the Gunrunners were tasked with providing a detachment on short notice to HMM-264 for Special Purpose MAGTF-CARIB in support of Operation UPHOLD/SUPPORT DEMOCRACY in Haiti. One year later, on June 1995, two Gunrunner Cobras, assigned to HMM-263 escorted two CH-53Es from the USS Kearsage to successfully rescue Air Force Captain Scott OGrady. During this deployment, HMLA-269 also became the first squadron to deploy the new Night Targeting System on all of its Cobras; effectively adding increased combat compatibility to the forward deployed forces. Being Named the HML/A-269 Squadron of the Year rewarded the squadrons hard efforts that year.

In recognition of its hard-earned reputation for setting the standard in attack helicopter aviation, the Gunrunners were designated the Marine Light/Attack Helicopter Squadron of the Year in 1998 by the Marine Corps Aviation Association.

In the wake of the events on September 11, 2001, the Gunrunners attached to HMM-365 (REIN) with 26th MEU (SOC) flew combat missions in support of Operation ENDURING FREEDOM (OEF) from forward operating Bases Rhino and Kandahar, in Afghanistan. In 2002 the Gunrunners attached to HMM-263 (REIN) with the 24th MEU (SOC) flying in Kosovo, the Horn of Africa, OEF and OIF. In January of 2003, the Gunrunners deployed as a squadron in support of OIF) HMLA-269 flew nearly 3000 combat hours in 55 days and maintained 24-hour operations with no personnel losses due to enemy action or mishaps. Bottom line, Gunrunners delivered deadly fire on enemy positions protecting our Marines as they pressed towards Baghdad.

In August 2008 after a year home, the Gunrunners deployed to both Iraq and Afghanistan in support of OIF and OEF. The Gunrunners main body resided in Al Asad Iraq and their detachment of 4 AH-1Ws and 51 personnel were sent to Camp Bastion, Afghanistan. In December of 2008 HML/A-269s main body was called upon to make a difficult intra-theater movement to Al Taqaddum, Iraq. The Gunrunners were tasked with conducting their cross country movement while maintaining uninterrupted combat operations. The Gunrunners rose to the occasion and pulled off the move with nonstop combat support. OIF and OEF combined, the Gunrunners flew over 3800 hours and 3294 sorties. During this deployment the Gunrunners adopted their infamous deployment call sign Lawman and the use the Lawman Star.

Once again, after only a 5 month turnaround, the Gunrunners were called upon for another deployment to Iraq. In August of 2009 the squadron departed for Iraq in support of OIF where they maintained dual site operations at Al Asad and Al Taqqadum. In December 2009 the Gunrunners left Iraq as the last Marine Corps attack aircraft to be stationed in Iraq in support of OIF. While deployed the squadron flew 1821 combat hours in support of 1963 sorties. Shortly After the squadrons return to New River they were announced as the recipients of the Marine Corps Aviation Associations HMLA of the year award for 2009.

Gunrunner Marines have continually set the standard for professionalism, innovation, and mission accomplishment. They have led the way in the Light/Attack Helicopter community. Aggressive training, a pioneering spirit, and inspired leadership have molded HML/A-269 into the tactically minded and combat-ready fighting unit that it is today.

Be the first to review “HMLA-269 Gunrunners Patch – Sew On” 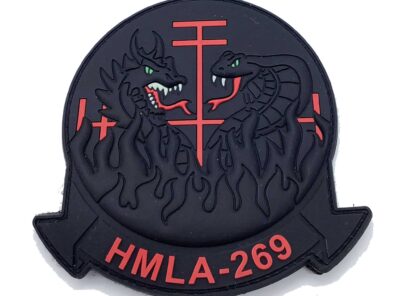 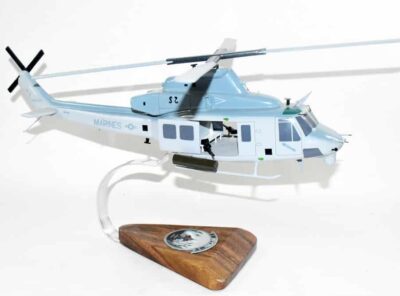 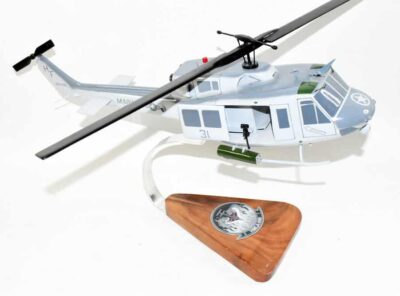 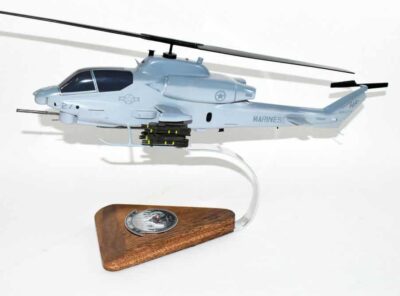 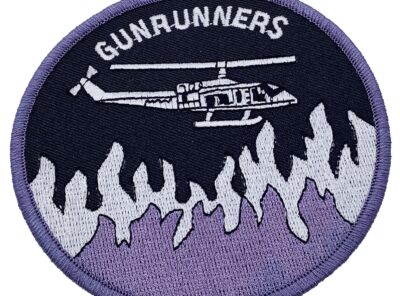 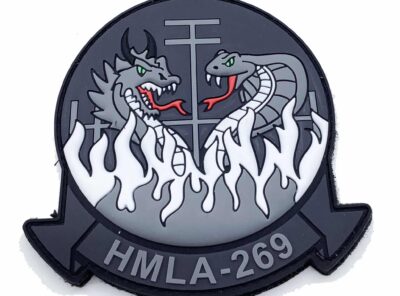 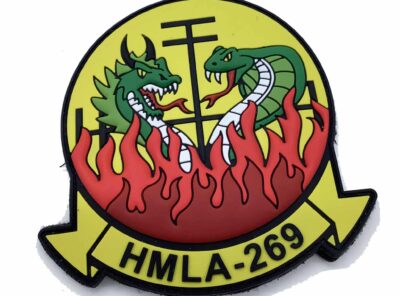 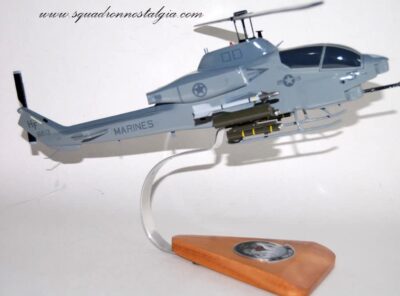