A hand crafted 14 inch plaque of the HMHT-302 Phoenix. Each plaque is carved from Mahogany and handpainted to provide a piece you’ll love!

Mission
Conduct combat capable helicopter flight training for all CH-53E Super Stallion Marine Corps pilots and aircrew. All basic, conversion and refresher pilots as well as aircrew receive assault support training in the CH-53E to prepare them for follow on assignment in the Fleet Marine Force.

On March 31, 1972, personnel from HMT-302 were merged with Marine Heavy Helicopter Training Squadron 301 (HMT-301), to form the newly designated Marine Helicopter Training Squadron 301 (HMT-301), conducting pilot training in the CH-46F and CH-53A helicopters. The restructured HMT-301 was attached to Marine Aircraft Group 16. In December 1983, the squadron began training CH-53E Replacement Aircrew (RAC), and later established the Fleet Readiness Aviation Maintenance Personnel (FRAMP) department to train CH-53E enlisted mechanics and technicians. On November 20, 1987, the squadron was reactivated and designated Marine Helicopter Training Squadron 302 (HMT-302) attached to Marine Aircraft Group 16 flying both the CH-53A and CH-53E helicopters. The FRAMP accompanied the helicopters to HMT-302 and in 1991, added the CH-53A/D to their curricula.

An aircraft from the squadron was included in scenes flying through a downtown in the 1997 movie The Jackal (1997 film).

In March to April 1998, HMT-302 deployed to South Africa in support of Presidential Operation — the first Fleet Replacement Squadron to deploy overseas for a real world military operation.

Be the first to review “HMHT-302 Phoenix Plaque” 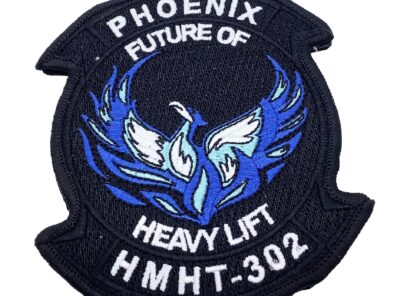 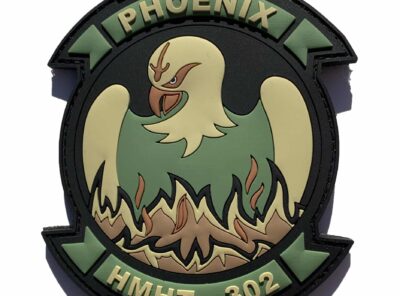 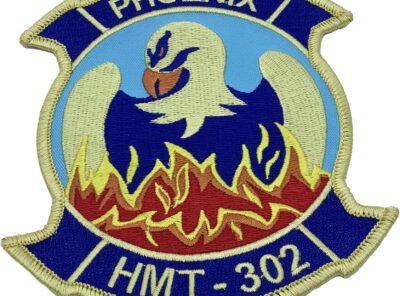 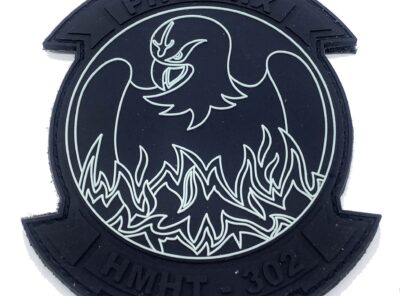