Fly with the Sea Dragons of HM-12 in this hand crafted RH-53D model. Each piece is carefully carved from wood and hand painted to provide a piece you’ll love.

ormed from Helicopter Combat Support Squadron SIX (HC-6) Detachment 53, Helicopter Mine Countermeasures Squadron TWELVE (HM-12) was established aboard Naval Air Station Norfolk, Virginia on 1 April 1971. As the first squadron of its kind, HM-12 functioned uniquely as both an operational unit and as a readiness training squadron.

After its establishment, HM-12 participated in several wartime operations around the world. In October 1972, a mine field simulating those off the Haiphong Channel was planted off Panama City, Florida. Together with the Naval Coastal Systems Laboratory (NCSL), a detachment from HM-12 began developing tactics, techniques, procedures and equipment to counter sea mines. In November 1972, 13 HM-12 helicopters with approximately 450 personnel deployed in support of Operation ENDSWEEP. Tasked with clearing mines from territorial waters, harbors and waterways of North Vietnam, HM-12 mine clearance operations played a key role during U.S. peace negotiations with North Vietnam and also marked the first live mine detonation in Naval aviation history. From 1974 to 1975, HM-12 performed mine clearance operations in the Suez Canal and the coastal waters of the United Arab Emirates in support of Operations NIMBUS STAR and NIMBUS STREAM. Following the successful completion of Operation NIMBUS STREAM, HM-12 Detachment TWO deployed to NAF Sigonella, Sicily to perform vertical onboard delivery (VOD) operations in support of U.S. Sixth Fleet.

After taking delivery of the Navy’s first CH-53E “Super Stallion” aircraft, HM-12 became more involved in VOD operations, responsible for carrier battle group support around the globe. From 1983 to 1987, the HM-12 “Hawlin Hogs” provided fleet logistics support to units all along the east coast and throughout the Caribbean.

HM-12 took delivery of its first MH-53E “Sea Dragon” helicopter on May 28, 1987. The Sea Dragon was a potent addition to the Navy’s mine countermeasures arsenal. Technologically superior to its predecessor, the MH-53E represented a quantum leap forward for the AMCM community.

Prior to being disestablished as a Fleet Replacement Squadron on 30 September 1994, HM-12 achieved over 23 years of mishap-free operations and logged over 75,000 mishap-free flight hours while qualifying 768 pilots, 1,200 aircrew and 11,900 maintenance personnel. The AMCM Weapon Systems Training School (AWSTS), in partnership with HMT 302 and then later HM-14, assumed responsibility for fleet replacement training from 1994 to 2015. On October 1, 2015 HM-12 had the distinct honor of re-establishing as the Navy’s newest and finest helicopter squadron, continuing its legacy for years to come. 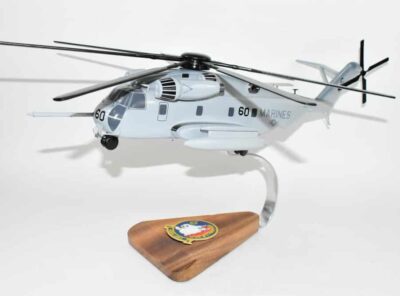 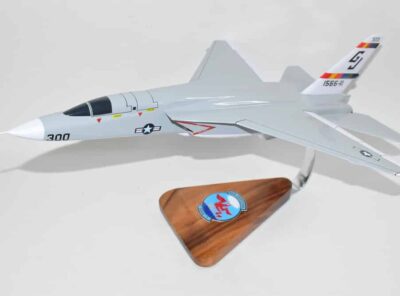 RVAH-3 Sea Dragons 1972 RA-5c Model Fly with the RVAH-3 Sea Dragons again with this 18 inch wood model that has been carefully carved and hand painted to provide a unique memory of this great squadron and jet! Length- 18 … Read More 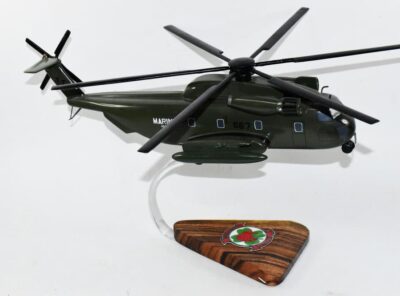 Fly with the Red Lions of the HMH-363 in this handcrafted CH_53D model. Each piece is carved from wood and handpainted to provide a piece you’ll love. 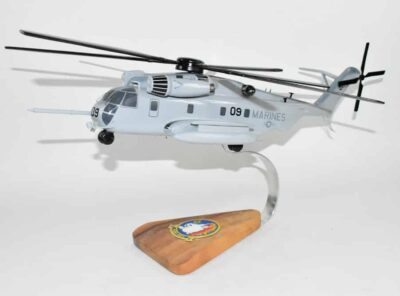 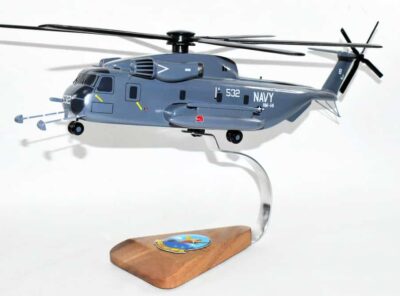 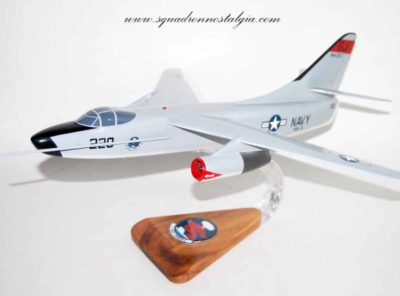 Fly with the VAH-3 Sea Dragons again in this A-3D. Each model is carved from wood and hand painted to provide a unique piece you’ll love! Heavy Attack Squadron THREE (VAH-3) was commissioned on 15 June 1956, at Naval Air … Read More 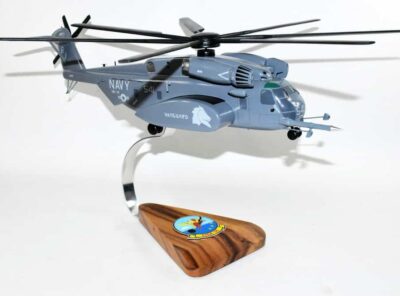