A 4″ squadron patch of the HC-5 with Plastic Backing.

HSC-25 is the first and only forward-deployed vertical replenishment (VERTREP) squadron in the Navy and is tasked with supporting Seventh Fleet units in the Western Pacific, Indian Ocean, North Arabian Sea, and Persian Gulf. To provide this support, HSC-25 embarks two-aircraft detachments aboard Military Sealift Command vessels which provide transportation of equipment, fuel, supplies and ammunition to sustain U.S. forces worldwide. In addition, the squadron was tasked in 1992 to provide a permanent Search and Rescue (SAR) detachment aboard the USS BELLEAU WOOD (LHA 3). In the spring of 1996, HSC-25 deployed their first night vision device capable amphibious SAR detachment to USS BELLEAU WOOD (LHA 3). In the fall of 2000, the SAR detachment was permanently moved from the USS BELLEAU WOOD to the USS ESSEX (LHD 2).

Helicopter Sea Combat Squadron TWO FIVE was established on 21 April 2005 upon the disestablishment of Helicopter Combat Support Squadron FIVE (HC-5). Originally commissioned on 03 February 1984, HC-5 developed a reputation for exceptional service and support to Fifth and Seventh Fleets and the Commonwealth of Northern Mariana Islands. The HSC-25 insignia was developed to acknowledge our honorable legacy and embrace our exciting future.

The trident held by the eagle symbolizes the emphasis being placed on the combat capabilities of the helicopter in the maritime environment as well as pays homage to our naval heritage. The loads hanging from the trident represent our past, present, and future mission of VERTREP. The five stars remain as a legacy to HC-5, and the globe is arranged to represent our Area of Operation and our service to the Pacific Fleet. the black background represents the expanding night capabilities of our pilots and aircraft.

Be the first to review “HC-5 Squadron Patch – Plastic Backing” 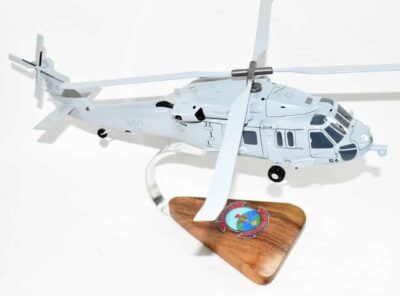 HC-5 Providers MH-60S Model Fly with the Providers of the HC-5 in this hand crafted MH-60S model. Each model is carefully carved from wood and hand painted to provide a piece you’ll treasure. Length – 16 inches Helicopter Sea Combat … Read More 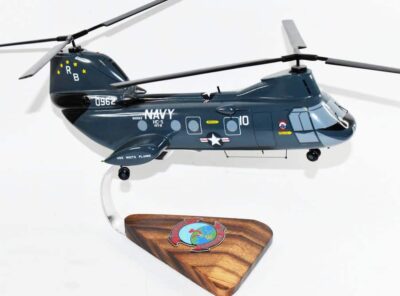 HC-5 Providers CH-46 Sea Knight Model Fly with the Providers of the HC-5 in this hand crafted H-46 model. Each model is carefully carved from wood and hand painted to provide a piece you’ll treasure. Length – 14 inches Helicopter … Read More 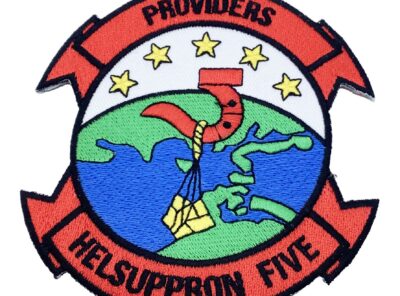