Being a forward-deployed squadron, HC-4 stands ready for many short fused missions. The MH-53E has the ability to meet these requirements swiftly, with its unique lifting capability of 25,000 pounds external and 18,000 pounds internal, a range of up to 600 miles or further with aerial refueling and ability to self lift virtually anywhere in NAVCENT/NAVEUR Areas of Responsibilities (AORs). The helicopter squadron for fleet logistical support is headquartered at the Naval Air Station, Sigonella, Sicily referred to the “Hub of the Med”. The Black Stallions and their fleet remain on call to employ their unique lift capability and range to all theater commanders.

The 1977 arrival of four RH-53D helicopters to Fleet Logistics Support Squadron TWO FOUR (VR-24) ushered in a new era in combat logistics support. Entitled Vertical Onboard Delivery (VOD), the “VOD Squad” of VR-24 possessed a helicopter heavy lift capability never before seen in the Mediterranean Theater. The “VOD Squad” provided service to ships of the SIXTH FLEET until 1983 when their helicopters were transferred to the Airborne Mine Countermeasures (AMCM)community.

Foreseeing an expansion of the VOD mission, the Navy purchased the new, three engine, seven blade, Sikorsky CH-53E “Super Stallion” and on 6 May 1983, HELSUPPRON FOUR was established as the Navy’s first heavy lift, helicopter combat support squadron. At the helm was CDR R.A. McDaniels, a VR-24 pilot, joined by many of his old squadron-mates as “HC-4 Plankowners.”

In Norfolk Va., HC-4 Detachment ONE took delivery of five of the squadron’s initial aircraft and embarked aboard the USS INCHON (LPH-12) for the maiden voyage of the massive airframe. Departing the USS INCHON in the English Channel, the Black Stallions self-lifted across Europe and on 25 August 1983 arrived at NAS Sigonella.

In the early years, the Black Stallions’ mission was defined as day/night, all weather, heavy combat logistics support to the SIXTH FLEET. Routinely deploying one or two aircraft detachments to strategic locations throughout the littoral Mediterranean, HC-4 became integral in sustaining the fleet.

The reputation of the Black Stallions was quickly established with their first detachment. In December 1983, HC-4 began its support mission for the Multinational Peacekeeping Force in Beirut, Lebanon from Larnaca, Cyprus. Soon after this historic detachment, HC-4 became the “prime movers” of air deployed logistics by transporting over 16,000 passengers and 6.5 million pounds of mail and cargo during its first year in commission.

The year 1990 marked the beginning of the end of the Cold War and with the new decade, HC-4’s geographic position and the unique characteristics of the CH-53E broadened the mission of the squadron. In May 1990, HC-4 set out on an eight month detachment to Sierra Leone in support of Operation Sharp Edge. Combating the harsh environment of the monsoon season, HC-4 provided critical logistics support to the American Embassy in Monrovia, Liberia. During the height of tension in the region, the Black Stallions evacuated over 1,900 American citizens and refugees in the largest noncombatant evacuation since the fall of Saigon in 1975.

In April 1991, HC-4 continued to demonstrate the versatility of the CH-53E with a four month detachment delivering humanitarian aid to Kurdish refugees on the Turkish-Iraqi border. Airlifting countless numbers of people to medical attention and performing low level cargo drops of food, medicine and clothing, the Black Stallions saved hundreds of lives during the first days of Operation Provide Comfort.

One year later, HC-4 again received worldwide attention by combining forces with USMC CH-53E’s from the USS INCHON. Along with a local Seabee construction unit, the “Big E” team successfully diverted Mount Etna’s lava flow from the threatened Sicilian town of Zafferana by dropping massive 7,000 pound concrete blocks into the volcano’s vent hole. The lava flow was slowed enough to allow it to cool, thus averting the destruction of the town. Eighteen HC-4 pilots and aircrewmen received Air Medals for the superior airmanship and courage they demonstrated during Operazione Tappo (Operation Plug).

To complicate matters during April 1992, HC-4’s mission was expanded by the establishment of a permanent two aircraft detachment in the Arabian Gulf. The squadron was augmented with two additional “Echos” and 75 new personnel in order to support this mission. Working out of Bahrain International Airport, Detachment ONE continues to provide over 80% of all airlifted cargo in the Arabian Gulf and surrounding area in support of Operation Southern Watch.

Closer to home in July 1992, HC-4 began a second long-term detachment. Initially based out of various Italian airfields near the Adriatic Sea, the Black Stallions now operate from Bari, Italy, resupplying all on-station carriers and amphibious platforms in support of Operation Provide Promise. Continually moving monumental amounts of supplies and passengers during buildups, the Black Stallions are firmly in the picture for all future contingency plans.

In 1995, HC-4 traveled over 4,500 miles to Mombasa, Kenya, to support two Marine Amphibious Readiness Groups during Operation United Shield. Flying 1100 mile round trips every other day, two CH-53Es flew multiple combat logistic flights to support the fleet off the coast of Mogadishu, Somalia. The redeployment phase of the operation also involved another HC-4 “first” with the embarkment of a US Navy aircraft aboard the Italian aircraft carrier ITS Garibaldi.

While the operation in Somalia continued, HC-4 dispatched personnel to the United States to pick up its first MH-53Es. The newer Sikorsky MH-53E “Sea Dragons”, previously dedicated exclusively to airborne mine countermeasures, were acquired from and HM-15. As replacements for the squadron’s aging CH’s, the MH’s with their massive fuel sponsons, significantly increased the Black Stallions’ operational envelope. These new MH’s have been put to great use since the transition. The permanent two aircraft detachment is still going strong in Bahrain and HC-4 is still meeting the fast paced and short notice requests of the SIXTH and FIFTH Fleets.

In March of 1996, HC-4 was called upon once more to assist in evacuation operations in Liberia. A detachment was quickly put together, and within 24 hours of notification, self lifted to Rota, Spain, where they embarked the USS Guam (LHD 9) and USS Trenton (LPD 14) for operation Assured Response. On arrival, HC-4 replaced Army and Air Force Special Operations Personnel in Freetown, Sierra Leone, setting up an intermediate transfer point for evacuees and a resupply base for the Guam battle group. Eventually the detachment was moved aboard to continue their support of Assured Response and the US embassy in Monrovia, Liberia.

Although HC-4 was forced to stand down in June and July 1996, due to the grounding of the entire H-53E fleet, HC-4 moved more cargo in 1996 than any other year. As well as record breaking numbers of passengers moved. When the USS Theodore Roosevelt (CVN-71) was off the coast of Naples, Italy liberty launches were unable to transport their sailors from the beach to the ship due to inclement weather. HC-4 moved 1208 passengers in that one day. The carrier was able to pull anchor as scheduled due to the rapid action of HC-4 aircrews.

In March of 1997, Americans in Albania were ordered to evacuate when anti-government insurgents threatened the capitol with protests and gunfire. HC-4 was called upon to assist with the evacuations. Marines brought personnel from the U.S. Embassy to the USS Nassau (LHA 4) in the Adriatic. HC-4 aircraft then moved these civilians to safety in Brindisi, Italy. HC-4 remained in Brindisi throughout this crisis to support further evacuation operations in the region and remained to resupply USS Nashville (LPD 13) in the Adriatic Sea, while she stood station over this crisis area.

The Nassau, after the initial crisis in Albania, quickly moved on to Zaire, Africa where a similar crisis broke out in March of 1997. Rebels accused the President of Zaire, Mobutu Sese Seko, of robbing the country to enrich himself. HC-4 was there on a moments notice to assist with transporting both Americans and friendly nations’ citizens to Congo, Africa off the USS Nassau. 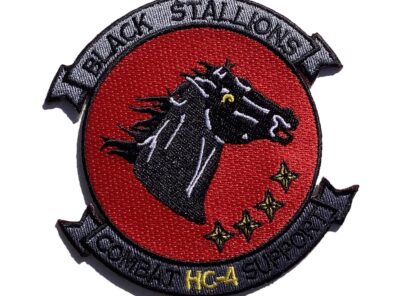 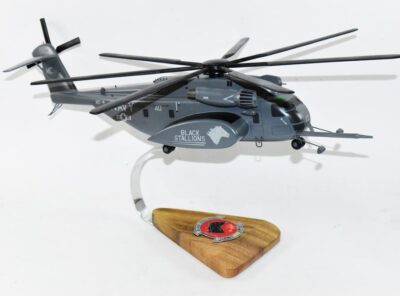 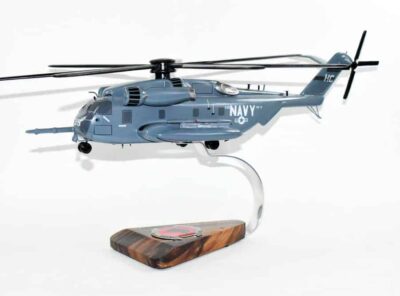