The 99th Flying Training Squadron (99 FTS) flies Raytheon T-1 Jayhawks and they have painted the tails of their aircraft red in honor of the Tuskegee Airmen of World War II fame, known as the “Red Tails,” whose lineage the 99 FTS inherited.

The squadron was originally formed during World War II as the first flying unit for African Americans. Known as the Tuskegee Airmen, the unit served with distinction in the European Theater of Operations. Following the war it served as a flight training unit for four years in the mid and late 1940s until its inactivation. It was re-activated in 1988 to once again fill a flight training role.

Considered ready for combat duty, the 99th was transported to Casablanca, Morocco, on the USS Mariposa’ and participated in the North African campaign. From Morocco they traveled by train to Oujda then to Tunis, the location from which they operated against the Luftwaffe. Flyers and ground crew alike were isolated in their initial command, the 33d Fighter Group by the racial segregation practices of the Army and group commander Colonel William Momyer. The flight crews were handicapped by being left with little guidance from battle-experienced pilots except for a week spent with Colonel Philip Cochran. The 99th’s first combat mission was to attack the small, but strategic, volcanic island of Pantelleria in the Mediterranean Sea, in preparation for the Allied invasion of Sicily in July 1943. On Friday July 2, 1943, Lieutenant Charles B. Hall of Brazil, Indiana, shot down the first enemy plane for the group. “It is probably the first time in history that a Negro in a pursuit plane has shot down an enemy in aerial combat.”[2][note 1] The 99th moved to Sicily where it received a Distinguished Unit Citation for its performance in combat.

Colonel Momyer, however, reported to NAAF Deputy Commander Major General John K. Cannon that the 99th was ineffective in combat[3] and its pilots cowardly, incompetent, or worse, resulting in a critical article in Time Magazine. In response, the House Armed Services Committee convened a hearing to determine whether the Tuskegee Airmen experiment should be allowed to continue. Momyer characterized the 99th pilots of being incompetent because they had seen little air-to-air combat. To bolster the recommendation to scrap the project, a member of the committee commissioned and then submitted into evidence, a report by the University of Texas that purported to prove that African Americans were of low intelligence and incapable of handling complex situations (such as air combat).[citation needed]

Colonel Benjamin O. Davis Jr. forcefully denied the claims by committee members, but only the intervention of Colonel Emmett O’Donnell Jr. prevented a recommendation for disbandment of the squadron from being sent to President Franklin D. Roosevelt.[citation needed] General Henry H. Arnold ordered an evaluation of all Mediterranean Theater of Operations units flying the P-40 Warhawk be undertaken to determine the true merits of the 99th; the results showed the 99th Fighter Squadron to be at least equal to other units operating the fighter.[3]

While operating from North Africa the unit supported the reduction of enemy fortifications on Pantelleria and Tunisia.[citation needed]

The 99th supported Allied invasions of Sicily and Italy and provided close air support to the U.S. 5th Army during its assaults on Foggia and Anzio and for French and Polish armies in their attack on Monastery Hill near Monte Cassino.[4] On January 27 and 28, 1944, Luftwaffe Fw 190 fighter-bombers raided Anzio, where the Allies had conducted amphibious landings on January 22. Attached to the 79th Fighter Group, eleven of the 99th Fighter Squadron’s pilots shot down enemy fighters, including Captain Charles B. Hall, who claimed two shot down, bringing his aerial victory total to three. The eight fighter squadrons defending Anzio together, claimed 32 German aircraft shot down, while the 99th claimed the highest score among them with 13.[5]

The squadron earned its second Distinguished Unit Citation on May 12–14, 1944, while attached to the 324th Fighter Group, attacking German positions on Monastery Hill (Monte Cassino), attacking infantry massing on the hill for a counterattack, and bombing a nearby strong point to force the surrender of the German garrison to Moroccan Goumiers.[citation needed]

In mid-1944 the squadron was assigned to conduct bomber escort missions. The unit supported bomber missions over Romania, France, Austria, Czechoslovakia, Poland, Yugoslavia and Greece. For its efforts during the war the squadron was awarded three Distinguished Unit Citations.[4]

Flying Training
Following the war the squadron returned to the United States where it flew training missions under the command of Marion Rodgers[6] until its inactivation in 1949. It was reactivated in 1988 as a flying training unit. With the closure of Williams Air Force Base, Arizona the squadron moved to Randolph Air Force Base, Texas. Today it operates Raytheon T-1 Jayhawk aircraft preparing instructor pilots and instructor combat systems officers conduct undergraduate flight training in the T-1A.[4][7] 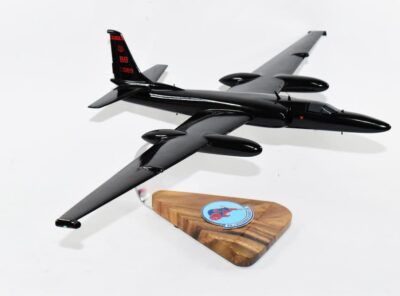 Fly with the 99th Reconnaissance Squadron in this hand crafted U-2 Model. Each piece is carved from wood and hand painted to provide a piece you’ll love. 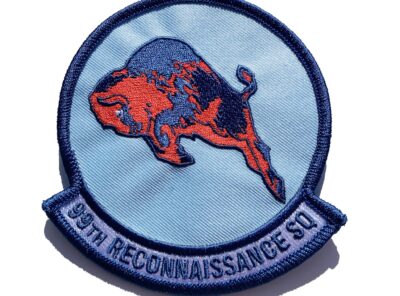 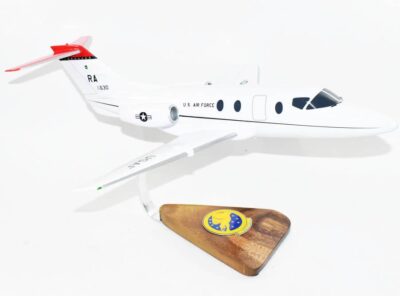 Fly with the 99th FTS Red Tails in this handcrafted T-1 Model. Each model is carved from wood and hand painted to provide a unique piece that will always be treasured.  Their aircraft tails were painted in red to honor  the Tuskegee Airmen of World War II fame, known as the “Red Tails,” whose lineage the 99 FTS inherited. 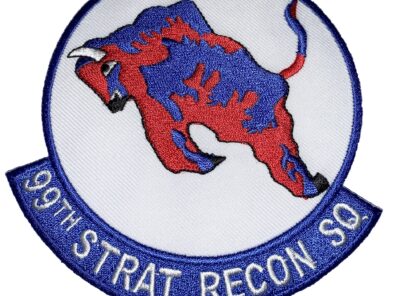