History
World War II
The 8th Fighter Squadron traces its origins to the formation of the 49th Pursuit Group at Selfridge Field, Michigan on 20 November 1940. The 8th Pursuit Squadron was equipped with Seversky P-35s that were transferred from the 1st Pursuit Group that departed to Rockwell Field, California. In May 1941, the squadron proceeded to Morrison Field, West Palm Beach, Florida, to train in the Curtiss P-40 Warhawk fighter.

With the advent of World War II, the squadron moved to Australia and became part of Fifth Air Force in January 1942. It was re-\designated as the 8th Fighter Squadron in May 1942. The unit received Curtiss P-40 Warhawks in Australia and, after training for a short time, provided air defense for the Northern Territory.

The squadron moved to New Guinea in October 1942 to help stall the Japanese drive southward from Buna to Port Moresby. It engaged primarily in air defense of Port Moresby; also escorted bombers and transports, and attacked enemy installations, supply lines, and troop concentrations in support of Allied ground forces.

The 8th participated in the Allied offensive that pushed the Japanese back along the Kokoda Track, took part in the Battle of the Bismarck Sea in March 1943, fought for control of the approaches to Huon Gulf, and supported ground forces during the campaign in which the Allies eventually recovered New Guinea. It covered the landings on Noemfoor and had a part in. the conquest of Biak.

It was during this time that the 8th acquired their name, “The Black Sheep” Squadron. While the 7th and 9th Fighter Squadrons received new aircraft, the 8th received the older aircraft being replaced by the other squadrons. Unhappy with being last on the supply line and not liking the unlucky “Eightballs” name caused the pilots to begin calling the 8th “The Black Sheep” Squadron. The name stuck and a Disney artist designed the distinctive logo.[4] After having used Lockheed P-38 Lightnings, Curtiss P-40 Warhawks and Republic P-47 Thunderbolts, the 8th was equipped completely in September 1944 with P-38’s, which were used to fly long-range escort and attack missions to Mindanao, Halmahera, Seram, and Borneo. The unit arrived in the Philippines in October 1944, shortly after the assault landings on Leyte and engaged enemy fighters, attacked shipping in Ormoc Bay, supported ground forces, and covered the Allied invasion of Luzon.

After the Japanese Capitulation, the squadron moved to the Japanese Home Islands, initially being stationed at the former Imperial Japanese Navy Atsugi Airfield, near Tokyo on 15 September 1945. Its war-weary P-38 Lightnings were sent back to the United States and the squadron was re-equipped with North American P-51D Mustangs with a mission of both occupation duty and show-of-force flights. In February 1946, the squadron was moved to Chitose Air Base, on northern Honshu and assumed an air defense mission over Honshu and also Hokkaido Island. The pilots of the squadron were briefed not to allow any Soviet Air Force aircraft over Japanese airspace, as there was tension between the United States and the Soviet Union about Soviet occupation forces landing on Hokkaido. In April 1948, the squadron moved to the newly-rebuilt Misawa Air Base when the host 49th Fighter Group took up home station responsibilities. At Misawa, the squadron moved into the jet age when it was re-equipped with the Lockheed F-80C Shooting Star. 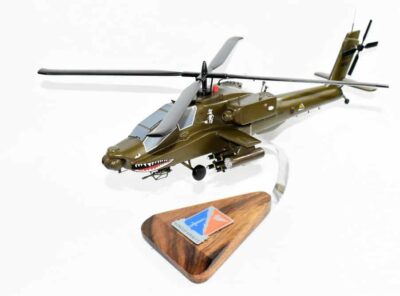