37 in stock (can be backordered)

The 6th Airlift Squadron is the oldest airlift squadron in the Air Force, having served with distinction since 1 October 1933. The squadron was initially assigned to the 2nd Transport Group, and allotted to the IV Corps Area. It was organized by July 1934 with Army Reserve personnel at Shreveport, Louisiana. Withdrawn from the IV Corps Area on 5 June 1936 and allotted to the VCorps Area; organized by August 1937 with Reserve personnel at Columbus, Ohio.[1] The squadron was activated on 14 October 1939, less Reserve personnel into the Army Air Forces at Olmsted Field, Pennsylvania and assigned to the 10th Transport Group. Relieved from the 10th Transport Group on 1 December 1940 and assigned to the 60th Transport Group. Relieved from the 60th Transport Group on 19 May 1941 and assigned to the 61st Transport Group.
The squadron made airlift history during World War II when, in October 1942, it was transferred to Port Moresby, New Guinea. Then flying C-47s, the 6th became the first personnel transport squadron to fly in the Pacific. It was during this assignment that the squadron earned the nickname Bully Beef Express, as it carried tons of boiled beef to allied combat troops in Australia and New Guinea. The French called it “boujili boef’, and the Americanization of the term has continued to this day to be the squadron’s emblem.
The 6th performed aerial transportation in the Pacific Theater and Southwest Pacific Theater during World War II and in the Far East during the Korean War and after until 1968.
It has performed worldwide airlift operations since April 1970. The 6th conducted resupply missions in support of scientific stations in the Antarctic during Operation Deep Freeze from, 1971–1974. It re-supplied Israel during the 1973 Yom Kippur War. It evacuated Vietnamese refugees during the fall of Saigon, April–June 1975. It has also supported U.S. forces in Grenada, October–December 1983, during the invasion of Panama, December 1989–January 1990, and during the liberation of Kuwait, August 1990–March 1991 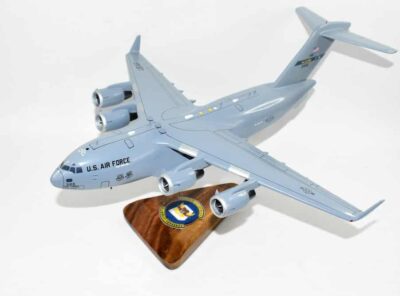 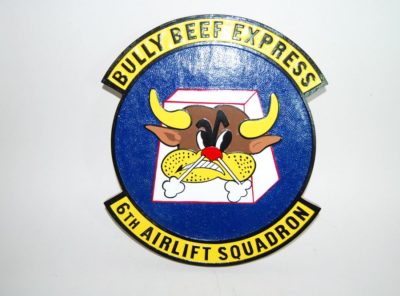 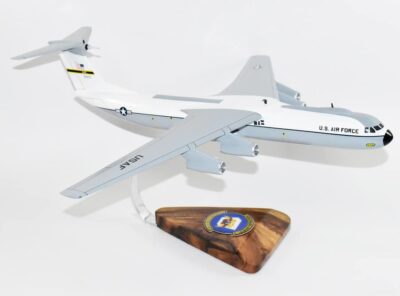