Fly with the 62d Fighter Squadron in this handcrafted F-16 Fighting Falcon Model. Each piece is carved from wood and handpainted to provide a piece you’ll love.

The 62d Fighter Squadron was activated as the 62d Pursuit Squadron, one of the original three squadrons of the 56th Pursuit Group at Army Air Base Savannah, Georgia, on 15 January 1941. The squadron immediately began training for its wartime missions under III Fighter Command, rapidly transitioning through the Seversky P-35, Curtiss P-36, Bell P-39 Airacobra, and Curtiss P-40 Warhawk aircraft. On 7 December 1941, the 62d stepped up to defend the Northeastern United States from anticipated enemy air attack while it converted to the Republic P-47 Thunderbolt and prepared to deploy overseas, operating under the I Fighter Command, New York Fighter Wing in the early months of 1942.

It was redesignated 62d Fighter Squadron on 15 May 1942, and deployed to RAF Kings Cliffe, England on 9 January 1943. It was declared operationally ready two months later and flew its first combat missions 13 April. The squadron was given fuselage code “LM” and operated from several RAF stations during the war, flying the P-47 Thunderbolt as an VIII Fighter Command bomber-escort unit for Boeing B-17 Flying Fortresses and beginning in 1944 for Consolidated B-24 Liberators attacking enemy targets in Occupied Europe. After the end of the war in Europe, the squadron was inactivated on 18 October 1945.

Strategic Fighter Escort Squadron
The squadron was reactivated on 1 May 1946 as a Strategic Air Command (SAC) escort fighter group, being assigned to Fifteenth Air Force at Selfridge Field, Michigan, equipped with long-range North American P-51H Mustangs that had been developed for Twentieth Air Force bomber escort missions in the Pacific Theater. The mission of the squadron was to provide fighter escort of SAC’s Boeing B-29 Superfortress bombers on intercontinental strategic bombardment missions, deploying to Alaska and Europe in this role. In 1947, the squadron was upgraded to Lockheed P-80C Shooting Stars, as SAC introduced the Boeing B-50 Superfortress in the late 1940s. The squadron trained to maintain proficiency as a mobile strike force; including bomber escort mission until transferred from Strategic Air Command to Continental Air Command on 1 December 1948.

The squadron began performing air defense missions in 1950 with its relocation to O’Hare International Airport, Chicago in 1950. It was redesignated as the 62d Fighter-Interceptor Squadron on 20 January 1950, and re-equipped with the North American F-86D Sabre. It was assigned to Air Defense Command 4706th Defense Wing in February 1952. In 1955, the 56th was reactivated under ADC as an Air Defense Group with the 62d being a tactical interceptor squadron.

In 1959 with interceptors being moved from O’Hare the squadron moved to K.I. Sawyer Air Force Base, Michigan, and the 62d was re-equipped with the Mach 2+ McDonnell F-101B Voodoo two-seat interceptor. The F-101B proved to be a quite successful interceptor. assigned alongside the F-101B interceptor was the F-101F operational and conversion trainer. The two-seat trainer version was equipped with dual controls, but carried the same armament as the F-101B and were fully combat-capable.

The squadron maintained alert against the ever-present Soviet bomber threat.

On 22 October 1962, before President John F. Kennedy told Americans that missiles were in place in Cuba, the squadron dispersed one third of its force, equipped with nuclear tipped missiles to Phelps Collins Air National Guard Base at the start of the Cuban Missile Crisis.[4] These planes returned to K.I. Sawyer after the crisis.

A highlight from this era was the squadron capturing top F-101 squadron honors at the William Tell 1965, USAF Worldwide Weapons Meet. The squadron maintained the air defense alert until it was inactivated on 30 April 1970, with its aircraft being passed along to the Air National Guard. The 62d was the last active-duty squadron equipped with the F-101B. The squadron was replaced by the 87th Fighter-Interceptor Squadron flying Convair F-106A Delta Darts[3]

Tactical Air Command
On 1 September 1974, the 62d was reactivated at Tyndall Air Force Base, Florida, as a fighter training unit. The squadron assumed the mission of training McDonnell F-4E Phantom II and Convair F-106 Delta Dart weapons instructors at the United States Air Force Interceptor Weapons School. The following October, the squadron moved again, this time to rejoin the 56th Tactical Fighter Wing at MacDill Air Force Base, Florida, and began training F-4 crews for tactical units around the world. 62d aircraft carried a blue fin cap, tail coded “MC”. In April 1978, the squadron changed equipment to the F-4D, with the “E” models being transferred to operational squadrons.

The last F-4D flight occurred on 14 November 1980, and conversion began to the General Dynamics F-16A Fighting Falcon began that month. On 1 January 1981, the squadron transitioned to the Fighting Falcon and the squadron was redesignated as the 62d Tactical Fighter Training Squadron. Beginning in June 1989 the unit converted to the Block 30 model of the F-16C and F-16D. On 1 November 1991 the squadron was once again redesignated back to what it was in World War II as the 62d Fighter Squadron with the adoption of the objective organization plan by the wing.

Move and transfer to training command

With the end of the Cold War in the early 1990s it was announced that MacDill would close. The squadrons of the 56th Fighter Wing would be inactivated starting with the 72d Fighter Squadron sequentially from the highest numbered to the lowest, the 61st Fighter Squadron. Therefore, the 62d Fighter Squadron was second to last to inactivate. The squadron, however, continued to train fighter pilots until its inactivation on 12 May 1993 to prepare for the move to Luke Air Force Base, Arizona where it would continue as an F-16 training squadron.

The squadron was able to reactivate at Luke on 18 March 1994. Pilot training for students assigned to the 62d is a standard syllabus, one that gets students their first look at the F-16 and prepare them for service with active duty units. The squadron’s mission is to “Graduate flight pilots who meet or exceed syllabus standards and their gaining units’ expectations. Teach the B-course students what it means to be a fighter pilot. Actively promote quality of life and provide opportunities for personal and professional growth. 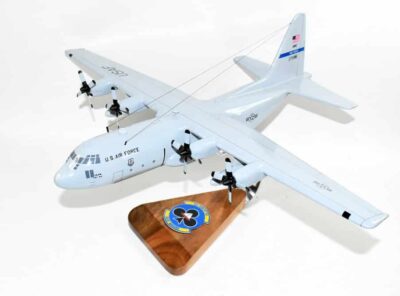 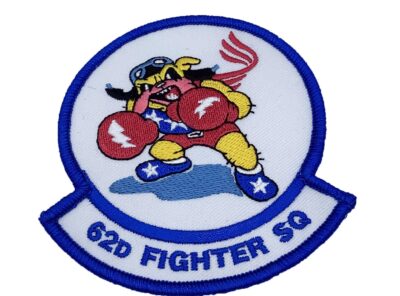