A carefully carved and hand painted plaque of the 61st Airlift Squadron.

History
World War II
Activated in late 1942 under I Troop Carrier Command and equipped with Douglas C-47 Skytrains. Trained in various parts of the eastern United States until the end of 1943. Deployed to French Morocco in May 1943 and assigned to Twelfth Air Force to support combat operations in the North African Campaign. Remained with Twelfth Air Force, moving to Tunisia and Sicily providing transport and resupply operations as well as casualty evacuation of wounded personnel in the Mediterranean Theater of Operations. Reassigned to IX Troop Carrier Command in England during early 1944 as part of the build-up of Allied forces prior to the D-Day invasion of France.

Began operations by dropping paratroops into Normandy on D-Day (6 June 1944) and releasing gliders with reinforcements on the following day. The unit received a Distinguished Unit Citation and a French citation for these missions.

After the Normandy invasion the squadron ferried supplies in the United Kingdom. The squadron also hauled food, clothing, medicine, gasoline, ordnance equipment, and other supplies to the front lines and evacuated patients to rear zone hospitals. It dropped paratroops near Nijmegen and towed gliders carrying reinforcements during the Operation Market Garden, the airborne attack on the Netherlands. In December, it participated in the Battle of the Bulge by releasing gliders with supplies for the 101st Airborne Division near Bastogne.

Moved to Belgium in early 1945, and participated in the Western Allied invasion of Germany, participating in the air assault across the Rhine River in March 1945, each aircraft towed two gliders with troops of the 17th Airborne Division and released them near Wesel.

After V-E Day, became part of the United States Air Forces in Europe, moving to AAF Station Frankfurt and was part of the USAFE European Air Transport System, supporting the occupation forces in Germany as well as carrying supplies and personnel between various stations in Western Europe. Inactivated on 30 September 1946 in Germany.

Korean War
During the Korean War (1950-1953) furnished airlift between Japan and rough airfields in Korea and airdropped paratroops and supplies at Sukchon/Sunchon and Munsan-ni during combat operations.

Tactical Air Command
Remained in Japan until 1954, then became a Tactical Air Command Troop Carrier squadron, assigned to Sewart Air Force Base, Tennessee under Eighteenth Air Force. Supported Air Force and Army units in the United States with tactical airlift and troop carrier operations, including support for army airborne units at Fort Bragg, North Carolina (82d Airborne) and Fort Campbell, Kentucky (101st Airborne) as required. The 61st also had the first C-130D, the “ski model” and flew in support of the Distant Early Warning Line sites in Greenland during the late 50s and early 60s.

Vietnam War
During the Vietnam War, the squadron transported supplies from the Philippines into Southeast Asia, Dec 1965-Jun 1966. Part of squadron deployed to South Vietnam in the summer of 1972 to test the Adverse Weather Aerial Delivery System (AWADS) in combat for the first time. In 1972, operated from Taiwan and provided flood relief in the Philippines.

Deployments
After the end of the Vietnam War, engaged in routine theater airlift operations, both in the United States and in Europe, deploying frequently to RAF Mildenhall, England and Rhein-Main Air Base, West Germany to support USAFE and USAREUR Army units and combat exercises. Airdropped humanitarian relief supplies to Kurdish civilians in northern Iraq, Apr-May 1991 in the immediate aftermath of the 1991 Gulf War.

Be the first to review “61st Airlift Squadron Plaque,14″, Mahogany” 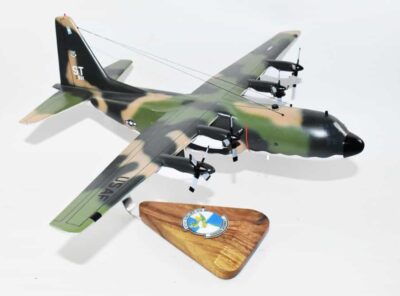 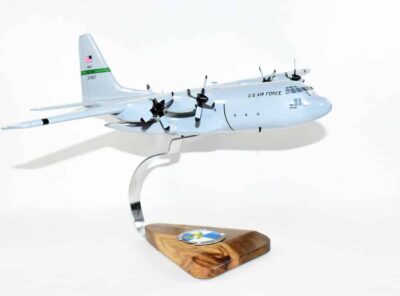 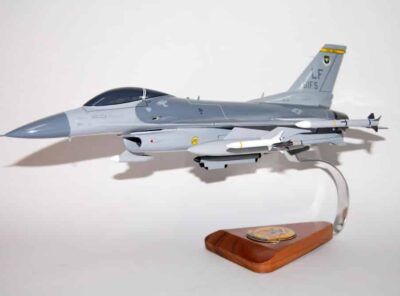