A carefully carved and hand painted plaque of the 50th Airlift Squadron.

The 50th Air Refueling Squadron is a unit of the US Air Force, led by Commander Lt. Col. Menola Guthrie.[4] The squadron was reactivated in October 2017 under the command of Lt. Col. Ricardo Lopez at MacDill Air Force Base, Florida, where it began flying the Boeing KC-135R Stratotanker under the 6th Air Mobility Wing, assigned to the 6th Operations Group.

It is a former USAF C-130H squadron that was inactivated in April 2016. It was previously one of four operational flying Air Mobility Command squadrons stationed at Little Rock Air Force Base, Arkansas under the 19th Airlift Wing. The Fightin’ 5-0 along with sister squadrons, the 41st, 53d and 61st Airlift Squadrons, was assigned to the 19th Operations Group.

History
World War II
Activated in the summer of 1942 under I Troop Carrier Command and equipped with Douglas C-47 Skytrains. Trained in various parts of the eastern United States until the end of 1943. Deployed to French Morocco in May 1943 and assigned to Twelfth Air Force to support combat operations in the North African Campaign. Remained with Twelfth Air Force, moving to Tunisia and Sicily providing transport and resupply operations as well as casualty evacuation of wounded personnel in the Mediterranean Theater of Operations (MTO). Reassigned to IX Troop Carrier Command in England during early 1944 as part of the build-up of Allied forces prior to Operation Overlord, the invasion of France.

Began operations by dropping paratroops into Normandy on D-Day (6 June 1944) and releasing gliders with reinforcements on the following day. The unit received a Distinguished Unit Citation for these missions.

After the Normandy invasion the squadron ferried supplies in the United Kingdom. The squadron also hauled food, clothing, medicine, gasoline, ordnance equipment, and other supplies to the front lines and evacuated patients to rear zone hospitals. It dropped paratroops near Nijmegen and towed gliders carrying reinforcements during the Operation Market Garden, the airborne attack on the Netherlands. In December, it participated in the Battle of the Bulge by releasing gliders with supplies for the 101st Airborne Division near Bastogne.

Moved to Belgium in early 1945, and participated in the Western Allied invasion of Germany, participating in the air assault across the Rhine River in March 1945, each aircraft towed two gliders with troops of the 17th Airborne Division and released them near Wesel.

After V-E Day, became part of the United States Air Forces in Europe, and was part of the USAFE European Air Transport System (EATS), supporting the occupation forces in Germany as well as carrying supplies and personnel between various stations in Western Europe. Inactivated in early 1946 while stationed in France, unit inactivated later that year as an administrative unit.

Tactical Air Command
Reactivated as part of Tactical Air Command (TAC) in 1949 with Fairchild C-82 Packets and various gliders as an assault squadron. Deployed to Japan for combat operations in 1950 for the Korean War. Furnished airlift between Japan and Korea and airdropped paratroops and supplies at Sukchon/Sunchon and Munsan-ni. Moved to the Philippines in 1954 after the armistice and was inactivated.

Reactivated in 1957 by TAC as one of the first Lockheed C-130 Hercules squadrons when the aircraft came into operational service. The squadron has been involved in major engagements around the world to include the Korean War, Vietnam War, Persian Gulf War, and the current Operation Iraqi Freedom and Operation Enduring Freedom.

The 50th is also known for humanitarian relief. During the 2004 Asian tsunami crisis, the 50th sent several crews and tons of food rations to Thailand to help those in need. Following the horrors of Hurricane Katrina, 50th aircrews helped relocate survivors from the New Orleans, Louisiana and Biloxi, Mississippi areas to Little Rock, Arkansas. Humanitarian missions were flown in and out of Haiti following a major earthquake in December 2010.

In 2012, elements of the 50th celebrated 70 years of history with members deployed to the 774th Expeditionary Airlift Squadron in Afghanistan.[5]

The squadron was inactivated on 1 April 2016 as part of the 19th Airlift Wings transition to the Lockheed C-130J Super Hercules.

Air refueling mission
A ceremony marking the reactivation of the squadron was held at MacDill Air Force Base, Florida on 2 October 2017. The squadron was redesignated the 50th Air Refueling Squadron, and will fly the Boeing KC-135R Stratotanker as part of the 6th Air Mobility Wing.[1]

Be the first to review “50th Airlift Squadron Plaque,14″, Mahogany” 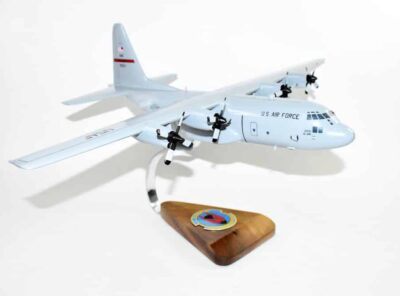 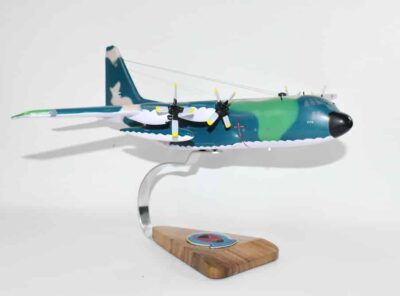 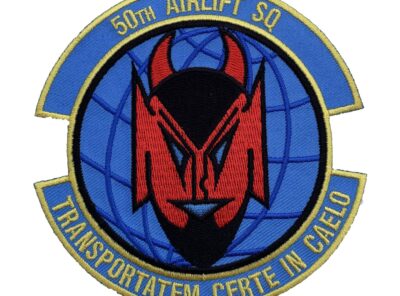