The mission of the wing is to meet the needs of all three installations of JBSA, their missions and people and to optimize installation support while maximizing opportunities for greater joint military and community cooperation. This mission is carried out through the Mission Support Group located on each JBSA base.

History
The 502d Air Base Wing traces it lineage back to 1947. On 17 November 1947, the Air Force organized and activated the 502d Air University Wing (502 AUW) at Maxwell Field, in Montgomery, Alabama. The Air Force, which became a separate service on two months before, initiated a re-organization program that decentralized operations and provided for easier and quicker mobility of tactical units. As part of the re-organization, the Air Force inactivated the 42d Army Air Force Base Unit, and activated the 502 AUW in its place. Personnel and equipment from the 42d transferred to the 502 AUW. Under the command of Col. William E. Covington Jr., the 502 AUW provided logistical support and base services for Air University and other base agencies on or near Maxwell Field and nearby Gunter Field. The 502 AUW performed the installation support mission for less than a year when the Air Force disestablished the wing on 27 July 1948 and established, organized and activated the 3800th Air University Wing in its place on 28 July 1948. The 3800th, under various designations, carried out the installation support mission at Maxwell and Gunter for the next 44 years.

In 1992, then Air Force Chief of Staff, General Merrill A. McPeak ordered a major reorganization of the Air Force. As part of the re-organization, the general decided that all four-digit MAJCON units should be redesignated as three-digit units. Because of this, Air Training Command (ATC) consolidated the history of the 502 AUW with the now designated 3800th Air Base Wing on 1 October 1992. That same day, ATC redesignated the 3800th Air Base Wing as the 502d Air Base Wing (502 ABW). The 502 ABW continued to perform the installation support mission at Maxwell and Gunter until 1 October 1994. That day, the 502 ABW inactivated once again and the 42d Air Base Wing took over installation support for Maxwell and Gunter.

On 9 November 2005, President George W. Bush endorsed the recommendations of the Base Realignment and Closure Commission and signed them into law. One of the recommendations called for the implementation of joint basing. Joint basing involved a single entity that managed the support functions of two or more adjacent DoD installations. The commission felt that combined support functions eliminated duplicated efforts and created a single efficient organization. For San Antonio, the commission recommended joint basing for the three major installations around the city; Fort Sam Houston, Lackland Air Force Base, and Randolph Air Force Base. The Air Force, as the lead service for Joint Base San Antonio (JBSA), looked to one of the few wings with a history of accomplishing an installation support mission, the 502d Air Base Wing.

On 1 August 2009, the 502 ABW activated once again, this time to perform the joint base administration mission. Because of its central location in San Antonio and Bexar County, Texas, the Air Force activated the wing at Fort Sam Houston. This also marked the return of a major Air Force presence to Fort Sam Houston for the first time since 1917. Unlike its prior activations, the 502 ABW did not replace a unit. The wing gradually built its staff over the next few months, while it coordinated with the support functions at Fort Sam Houston, Lackland AFB, and Randolph AFB, in anticipation of JBSA achieving Initial Operational Capability (IOC). When IOC occurred, the 502 ABW assumed the installation support mission for the three installations.

The 502 ABW became the host unit for Fort Sam Houston, Lackland AFB, and Randolph AFB. While all three installations and Camp Bullis (supported by Fort Sam Houston) make up JBSA, none share a fence line, and each maintains its historical identity.[2] 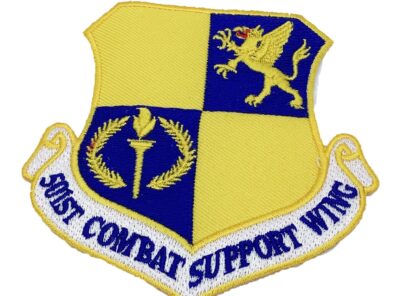