The 501st Combat Support Wing is an administrative support wing of the United States Air Force. It is one of three “wings” (overarching units) located in the United Kingdom as components of 3rd Air Force and U.S. Air Forces in Europe (USAFE).

History
The 501st Combat Support Wing traces its lineage and heritage back to the 501st Bombardment Group, Very Heavy, established on 25 May 1944 and activated on 1 June 1944 at Dalhart Army Airfield, Texas. The unit moved to Harvard Army Air Field, NE, on 22 August and started training with the Boeing B-29 Superfortress (B-29B variant), equipped with the APQ-7 Eagle radar for precision high-altitude all-weather bombing. Along with the other three groups of the 315th Bombardment Wing, their mission was to finish taking out the Japanese oil refining, distribution and storage network. Deploying in April 1945 to new airfields built on Guam, crews flew 15 combat missions before the war ended, earning a Distinguished Unit Citation for attacks on Japanese oil targets in the closing days of WW II. The group then flew numerous missions airdropping food and supplies for Allied prisoners of war in POW camps across Japan, Korea, Manchuria and China. The group inactivated on 10 June 1946.

501st Tactical Missile Wing
Redesignated as the 501st Tactical Missile Wing on 11 January 1982, it was activated on 1 July 1982, at RAF Greenham Common, England, to operate the Gryphon (BGM-109G) Ground Launched Cruise Missile (GLCM). The 501 TMW was inactivated on 31 May 1991 after ratification of the Intermediate-Range Nuclear Forces Treaty resulted in decommissioning of the BGM-109G. The USAF’s first GLCM wing when it stood up, it was the also the last GLCM wing to be inactivated.

501st Combat Support Wing
The unit was redesignated the 501st Combat Support Wing on 22 March 2005 and activated on 12 May 2005 at RAF Mildenhall, England, to manage and support geographically separated USAF units, installations and activities in the United Kingdom not directly supporting operations at RAF Mildenhall or RAF Lakenheath. Effective 1 May 2007, it relocated to RAF Alconbury.

RAF Fairford and RAF Welford house the 420th Air Base Group. Their mission is to receive, bed-down and sustain munitions to enable U.S. and NATO forces to conduct full-spectrum flying operations from USAFE’s only bomber-forward operating location. RAF Fairford is a forward operating location for the Boeing B-52, the B-1 and the B-2 bomber aircraft. It also assists in U-2 aircraft deployment, deployed operations training and serves as an alternate landing site for the U.S. Space Shuttle. RAF Fairford annually hosts the world’s largest military airshow called the Royal International Air Tattoo (RIAT); typically held in July.

RAF Welford comprises 806 acres and is bordered by a 31,680 foot fence-line. They are home to the U.S. Air Forces in Europe’s second largest munitions hub. The installation currently maintains 15,000 bombs; over a $160 million stockpile.

RAF Menwith Hill houses the 421st Air Base Group. Their mission is to ensure a full range of base support services for an installation populace of 4,500 military, civilians, contractors and their families. The group hosts 10 multi-national, multi-service, multi-agency units performing U.S. and U.K. cryptologic missions and provides base mission support to RAF Menwith Hill. Menwith Hill Station serves as an integral part of the UKUSA intelligence network serving U.K., U.S. and their allied interests.

Sola Air Station (“Stavanger Air Base” to the USAF) in southern Norway is also under the 501st CSW and houses the 426th Air Base Squadron. The squadron mission is to provide base-level support to 220 U.S. service members and their families at NATO’s Joint Warfare Center. The squadron also supports “Operating Location-A” in Oslo, Norway, shipping for $50 million war readiness material and $900 million U.S. Marine Corps and U.S. Navy equipment.

In total, the 501st CSW has almost 2,600 U.S. military and civilian employees directly assigned, including non-appropriated fund employees. There are also 117 U.K. personnel who work directly for the wing in appropriated and non-appropriated positions and more than 180 U.K. Ministry of Defence Police, Defense Schools and our many tenant units along with family members and retirees who reside in the United Kingdom.

2007-08 leadership issues
The 423d Air Base Group commander, Col. Robert G. Steele, was dismissed from his position on 18 January 2008 by the 501 CSW commander after only 6 months in command. The reason Col. Kimberly Toney gave was “I lost confidence in Col. Steele’s ability to lead the group.” No criminal charges were filed against Col. Steele.[1] The group commander of RAF Croughton, Col. John Jordan, was brought in to dually command the group at RAF Alconbury. The 501 CSW commander acknowledged the period was a “Painful challenge” and the 501 CSW commander (Col. Kimberly Toney) made a statement in an interview to the Stars and Stripes newspaper that indicated the members of the 423rd ABG “blame themselves” for the sacking of Steele.[2] 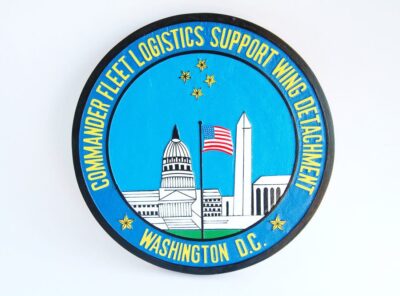