The squadron was first activated in 1941 as the United States Army Air Corps expanded prior to the entry of the U.S. into World War II. The squadron served in the Mediterranean Theater of Operations, where it earned two Distinguished Unit Citations. The squadron was reactivated in Okinawa as an all-weather fighter squadron in 1947. It served in the air defense of Japan until 1965 as the 4th Fighter-Interceptor Squadron, deploying to fly combat sorties during the Korean War.

The squadron returned to the United States in 1965, and reformed as the 4th Tactical Fighter Squadron. In 1969, it moved to Thailand, where it flew missions during the Vietnam War. After the war, the squadron moved to its current base at Hill. It again entered combat when it deployed as part of a provisional fighter wing during Operation Desert Storm. In 2019, the unit completed the first operational combat deployment of the F-35A, in support of Operation Inherent Resolve and Operation Enduring Freedom

History
World War II
The 4th was activated as the 4th Pursuit Squadron at Selfridge Field, Michigan on 15 January 1941 as one of the original three squadrons of the 52d Pursuit Group and trained under Third Air Force as a tactical fighter squadron. Moved to several U.S. bases before relocating to Northern Ireland and England in 1942. Equipped with the British Supermarine Spitfire, was assigned to Twelfth Air Force during the North African Campaign in late 1942. Moved across Algeria and Tunisia flying ground support missions for American ground forces; taking part in the invasion of Sicily and Italy in 1943. Participated in the liberation of Corsica in 1943; then returning to Italy and being re-equipped with North American P-51D Mustangs in May 1944. Participated in Northern Italian Campaign, returning to the United States in August 1945 and inactivating.

Vietnam War
In June 1965, the 4th moved to Eglin Air Force Base, Florida, and was renamed the 4th Tactical Fighter Squadron, under the aegis of the 33d Tactical Fighter Wing, becoming the fourth Air Force fighter squadron trained in the McDonnell F-4C Phantom IIs. Deployed in July 1967, to Ubon Royal Thai Air Force Base, Thailand, where they were designated as the 435th Tactical Fighter Squadron and immediately began combat operations. It moved in 1969 to Da Nang Air Base, Republic of Vietnam; flying tactical bombing missions over North Vietnam as part of the 366th Tactical Fighter Wing. Remained in Vietnam until United States redeployment from Da Nang in mid-1972. The squadron attained the U.S. Air Force’s last Southeast Asia aerial victory, downing a MiG-21 on 8 January 1973. In all the 4th downed four enemy aircraft in combat over Vietnam.

For the next two years, the squadron remained at Udorn Royal Thai Air Force Base, flying cover for evacuations of Phnom Penh, Cambodia and Saigon, Republic of Vietnam. The 4th performed strike missions in support of a recovery operation for the SS Mayaguez, a merchant freighter captured by Cambodian Khmer Rouge guerillas in May 1975.

388th Fighter Wing
In December 1975, the 4th moved to Hill Air Force Base, Utah, and formed the initial cadre of the relocation of the 388th Tactical Fighter Wing flying the F-4D Phantom IIs.

In March 1980, the squadron began conversion to the General Dynamics F-16 Fighting Falcon as the Air Force’s first operational F-16 tactical fighter squadron. The squadron upgraded to the F-16C Block 40 in January 1990.

When Iraq invaded Kuwait in August 1990, the 4th found deployed to Southwest Asia in support of Operation Desert Shield. Their deployment took 16 hours non-stop with 10 air refuelings (five at night). This set a record as the longest distance flown non-stop in the F-16.[4] The squadron dropped more than 2,000 tons of conventional munitions on strategic and tactical targets in Iraq and Kuwait during more than 1,000 daytime combat sorties while only two of their aircraft were damaged by enemy fire and none lost in combat.

2013 Sequestration
Air Combat Command officials announced a stand down and reallocation of flying hours for the rest of the fiscal year 2013 due to mandatory budget cuts. The across-the board spending cuts, called sequestration, took effect 1 March when Congress failed to agree on a deficit-reduction plan.

Squadrons either stood down on a rotating basis or kept combat ready or at a reduced readiness level called “basic mission capable” for part or all of the remaining months in fiscal 2013. This affected the 4th Fighter Squadron with a reduction of its flying hours, grounding all assigned pilots from 5 April-30 September 2013.

During late 2017 the unit changed to the Lockheed Martin F-35 Lightning II. 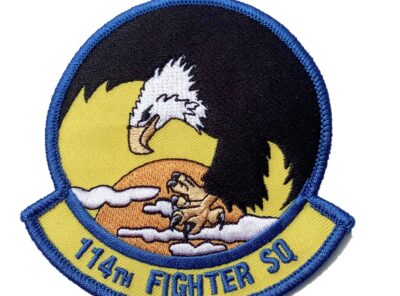 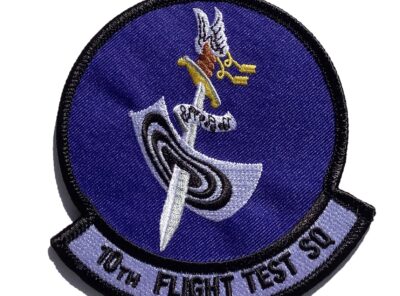 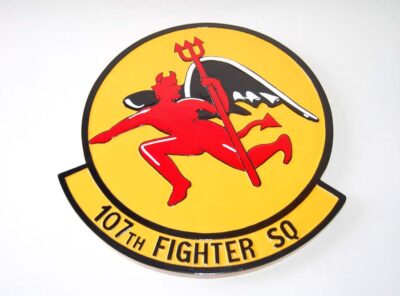 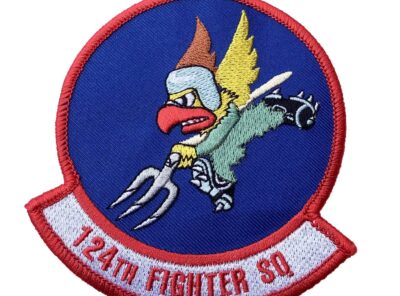