World War II
Activated as a Southeastern Air District Army Air Corps training squadron, equipped with a variety of second-line aircraft, both single and twin engine, preparing its pilots and maintenance crews for eventual combat. After the Pearl Harbor Attack, the squadron flew antisubmarine patrols from, March–April 1942. Resumed aircrew training, many of the group’s members went on to serve in squadrons stationed in Europe and the Pacific theaters.

Eventually coming under the AAF III Fighter Command in 1944, trained replacement pilots with P-47 Thunderbolts, Converted in January 1944 to an operational fighter squadron with the end of RTU training. Deployed to the European Theater of Operations (ETO), being assigned to the IX Fighter Command in England, March 1944.

On 5 July 1945, the squadron arrived in Laon, France. After a few weeks back in France the squadron received orders to return to the US. With many of the members separating at port, those remaining set up the headquarters at Seymour Johnson Field, North Carolina and was programmed for deployment to Okinawa to take part in planned Invasion of Japan. Training discontinued after Atomic bombings of Hiroshima and Nagasaki and the sudden end of the Pacific War.

Two months later on 7 November 1945, the squadron inactivated as part of the massive postwar draw down.

This section is in a list format that may be better presented using prose. You can help by converting this section to prose, if appropriate. Editing help is available. (November 2012)
Reactivated in 1952 as a NATO Fighter-Bomber squadron assigned to France. Equipped initially with F-84G Thunderjets, upgraded in 1954 to F-86F Sabre aircraft. conducted operational readiness exercises and tactical evaluations. Honing bombing and gunnery skills. The squadron frequently deployed to Wheelus AB, Libya for training.

Then in late 1956 the squadron upgraded to the F-100D Super Sabre. However, the nuclear-weapon-capable F-100 caused disagreements with France concerning atomic storage and custody issues within NATO, resulting in a decision to remove Air Force atomic-capable units from French soil. On 15 January 1960, the squadron and its host 48th TFW moved to RAF Lakenheath, UK.

Between 1960 and 1972, the squadron’s F-100 fleet maintained its readiness by participating in a number of USAFE and NATO exercises training to react to possible aggression from the Soviet Union. They underwent a series of NATO tactical evaluations. The squadron conducted several deployments to Turkey, Italy, Spain, and across the United Kingdom.

Beginning in late 1971, the squadron started its conversion to the McDonnell Douglas F-4D Phantom II, with the aircraft being transferred from the 81st TFW at RAF Bentwaters. The conversion to the F-4D took several years, with the last F-100 departing in August 1974. With the arrival of the Phantoms, the F-4s adopted a common tail code of “LK”. This tail code lasted only a few months as in July and August 1972 the 48th TFW further recoded to “LN”.

The F-4’s service with squadron was short as operation “Ready Switch” transferred the F-4D assets to the 474th TFW at Nellis AFB Nevada. The 474th sent their General Dynamics F-111As to the 347th TFW at Mountain Home AFB Idaho, and the 347th sent their F-111Fs to Lakenheath in early 1977. Unlike the previous F-4 transition, the F-111 change took place quickly and without any significant problems. Almost immediately after changing aircraft, the squadron began a series of monthly exercises and deployments that took the Liberty Wing to Italy, Iran, Greece, and Pakistan.

The 48th TFW also participated in Operation El Dorado Canyon, the air raid on Tripoli, Libya on 14 and 15 April 1986. It flew combat missions in Southwest Asia from, January–February 1991 as part of Operation Desert Storm.

Modern era
In the midst of the organizational changes, the squadron switched aircraft again, exchanging the F-111s for the F-15C/D Eagle in early February 1994. This marked the first time that the squadron had flown a specifically air-to-air weapon system, after flying for more than 50 years with an air-to-ground mission. The squadron received the last production block of new F-15 Eagles.

The squadron participated in Operation Odyssey Dawn in Libya in March 2011, along with numerous deployments to Southwest Asia supporting Air Expeditionary units as part of the ongoing Global War on Terrorism as part of Operation Iraqi Freedom (OIF) and Operation Enduring Freedom (OEF). [5]

In 2015, the squadron was named the best fighter squadron in the Air Force, earning the Raytheon Trophy for 2014. During tensions in the Ukraine that threatened stability in Eastern Europe, the 493d deployed to Lithuania in less than 20 hours, to supplement the Baltic Air Policing mission. The squadron intercepted 31 Russian air force aircraft when they threatened or violated Baltic airspace. This deployment came while the squadron was simultaneously supporting a deployment to Iceland. “The squadron ‘adopted’ an orphanage in Lithuania, with airmen visiting and caring for kids for four months. The Raytheon award was the fourth for the squadron. 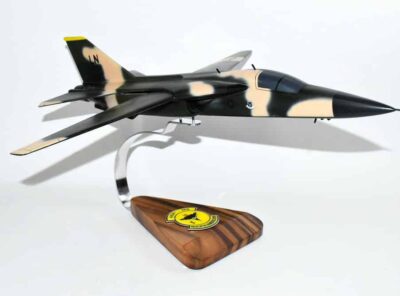 493d FS Grim Reapers F-111E Model Fly with the Grim Reapers of the 493d FS in this hand crafted F-111 model. Each piece is carved from wood and hand painted to provide a piece you’ll love. Length – 18 inches … Read More 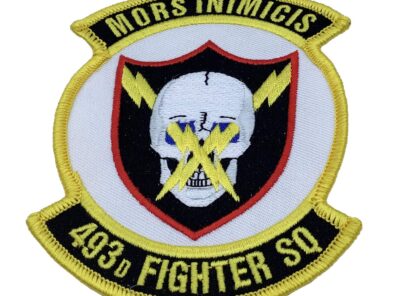 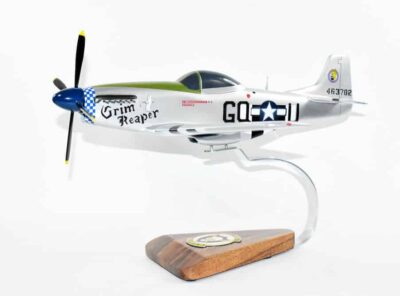 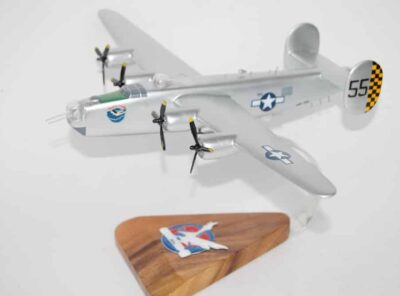