47th Fighter-Interceptor Squadron Republic F-47D-40-RA Thunderbolt 45-49431, Niagara Falls, NY, 1952
On 1 December 1952, the 47th was redesignated the 47th Fighter-Interceptor Squadron and was activated at Niagara Falls Municipal Airport, New York,[3] where it assumed the mission, personnel and equipment of the 136th Fighter-Interceptor Squadron, a federalized New York Air National Guard unit that was returned to state control.[4] Assigned to the 4708th Defense Wing under Air Defense Command, the squadron flew F-47 aircraft. In February 1953 the 47th was reassigned to the 518th Air Defense Group. It upgraded to Mighty Mouse rocket armed and airborne intercept radar equipped North American F-86D Sabres in September 1953. In 1957 the squadron began re-equipping with the North American F-86L Sabre, an improved version of the F-86D which incorporated data link to communicate directly with the Semi Automatic Ground Environment, computer-controlled direction system for intercepts. The service of the F-86L was destined to be quite brief, since by the time the last F-86L conversion was delivered, the type was already being phased out in favor of supersonic interceptors. In May 1958 the Sabres were replaced by Convair F-102 Delta Daggers. On 1 July 1960, the 47th was again inactivated.[1]

In July 1965, the 47th deployed to Ubon Royal Thai Air Force Base, Thailand, and compiled 1,743 combat missions over Southeast Asia. The squadron returned to MacDill on 27 November 1965, and converted from a training mission to a combat training mission before being inactivated on 2 July 1971.[1]

Air reserve operations
In December 1993, August 1994, and May 1995, the squadron deployed to Aviano Air Base, Italy, to support Operation Deny Flight, the United Nations no-fly zone over Bosnia and Herzegovina. In May 1996 the squadron deployed for the fourth time to Aviano, this time under the auspices of Operation Decisive Edge. The end result was a total of 501 sorties flown by the 47th from 1993 to 1996 as part of the NATO peacekeeping effort.

On 7 October 1996, the 47th’s mission changed from combat to A-10 pilot training. Since that time they have participated in Operation Century Eagle 1999 & 2001, Saguaro Patriot 2001, Patriot Claw 2001 and Patriot Buccaneer 2002. During the first tactical and conventional gunnery competition open to A-10s, Hawgsmoke 2000, and the 47th took First Place for Top Hawgsmoke Tactical Unit, Top Overall Pilot and Top Overall Tactical Pilot. Then during the next Hawgsmoke competition in 2002, they won top A-10 Squadron in the world.

In 2006 under Base Realignment and Closure the 47th gained eight A-10 aircraft and a number of full-time and part-time positions. In March the 47 FS won third overall out of 17 teams in Hawgsmoke 2006 at Davis–Monthan Air Force Base, Arizona. Also in March, they participated in Operation Atlantic Strike III, a joint training exercise held at MacDill Air Force Base, Florida.

Be the first to review “47th Fighter Squadron Patch – Sew On” 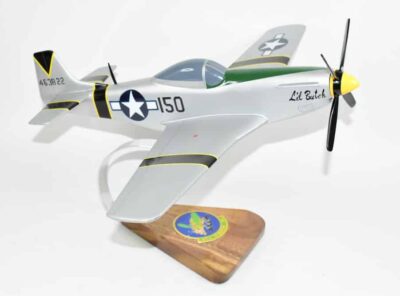 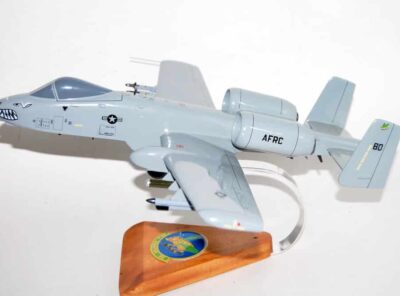 47th Fighter Squadron Termites A-10 Fly with the Termites of the 47th FS in the Davis-Monthan Air Force Base. Each model is carved from wood and hand painted to provide a piece you’ll love. 18 inches World War II The … Read More