91 in stock (can be backordered)

Overview
The 452nd Air Mobility Wing’s mission is to organize, train and equip aircrews to provide air refueling and strategic airlift any time, any place. The wing’s aircraft operate under widely varying situations ranging from small movements in battle to large movements over long distances.

452nd Operations Group
336th Air Refueling Squadron (KC-135R)
729th Airlift Squadron (C-17)
452 Aeromedical Evacuation Squadron
452nd Maintenance Group
452nd Mission Support Group
452nd Medical Group
History
Initial activation and mobilization
The wing was first activated as a reserve organization at Long Beach Army Air Field California in June 1949 as the 452nd Bombardment Wing,[2] when Continental Air Command (ConAC) converted its reserve flying organizations under the wing base organization, which combined them with their support organizations under a single wing. It trained under the supervision of the 2347th Air Force Reserve Training Center. President Truman’s reduced 1949 defense budget also required reductions in the number of units in the Air Force,[3] and the wing drew its cadre from the 304th Air Division, which was simultaneously inactivated, and the 459th Bombardment Group, which moved on paper to Davis-Monthan Air Force Base, Arizona.[4] The wing trained for light bomber with the Douglas B-26 Invader, but also operated trainer aircraft.[2] The wing was manned at 25% of normal strength but its combat group was authorized four squadrons rather than the three of active duty units.[5]

The wing, along with all reserve combat and corollary units, was mobilized for the Korean war. It was called up in August 1950, and was one of the first two reserve wings to be mobilized[6] The wing was brought up to strength by absorbing more than half the personnel of the 448th Bombardment Wing, also located at Long Beach.[7] Upon mobilization, the wing moved to George Air Force Base, California,[2] and began accelerated aircrew training. 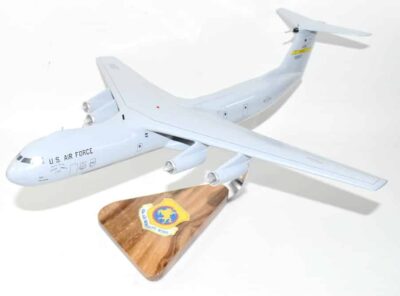 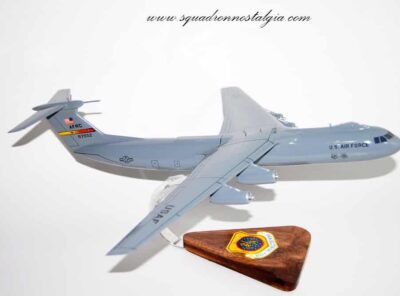