Japan
It has flown air defense over Okinawa and Japan since 1971.[1]

The 44th Fighter Squadron was named as the winner of the Raytheon Trophy for 2012.[6]

2013 Sequestration
Air Combat Command officials announced a stand down and reallocation of flying hours for the rest of the fiscal year 2013 due to mandatory budget cuts. The across-the board spending cuts, called sequestration, took effect 1 March when Congress failed to agree on a deficit-reduction plan.[7]

Squadrons either stood down on a rotating basis or kept combat ready or at a reduced readiness level called “basic mission capable” for part or all of the remaining months in fiscal 2013.[7] This affected the 44th Fighter Squadron with a reduction of its flying hours, placing it into a basic mission capable status from 5 April-30 September 2013.[7]

Recent events
On 28 May 2013 an F-15C of the squadron crashed into the ocean off Okinawa. The pilot ejected and was rescued by the Air Rescue Wing Naha Detachment of the Japan Air Self-Defense Force.[8][9][10]

On 11 June 2018 the pilot of another F-15C from the squadron ejected over the sea off Okinawa. This pilot was also rescued by the Air Rescue Wing Naha Detachment of the Japan Air Self-Defense Force.[11][12]

Be the first to review “44th Fighter Squadron Patch – Sew On” 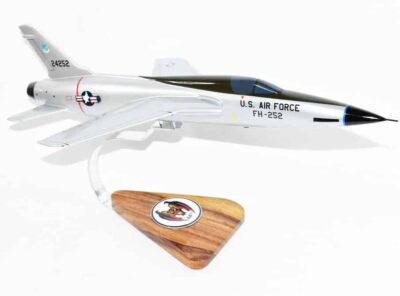 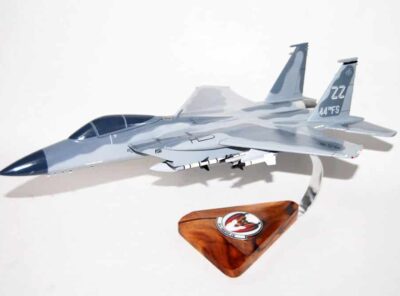