The 429th Electronic Combat Squadron is an inactive United States Air Force unit. It was first activated in August 1943 and participated in conflicts including World War II, the Korean War, the Cuban Missile Crisis, and the Vietnam War.

The 429th Fighter Squadron, nicknamed “The Retail Gang”,[4] was first activated during World War II as part of the 474th Fighter Group and served in the European Theater of Operations, where it earned a Distinguished Unit Citation and the Belgian Fourragère for its actions in combat. It remained in Europe after V-E Day, returning to the United States, where it was inactivated at the Port of Embarkation in December 1945.

The squadron was reactivated as the 429th Fighter-Bomber Squadron in 1952 as part of the 474th Fighter Bomber Wing and later the 474th Fighter Bomber Group, when it replaced an Air National Guard squadron in Japan. It again saw combat in the Korean War, earning another Distinguished Unit Citation and a Republic of Korea Presidential Unit Citation. The Squadron returned to the United States in 1954. 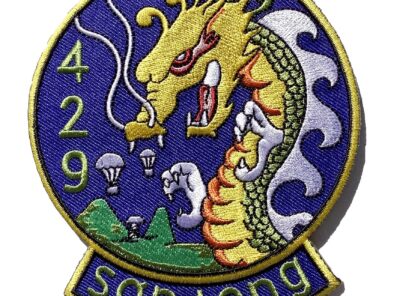