27 in stock (can be backordered) 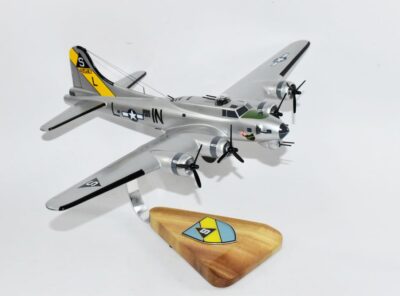 Fly with the 401st Bomb Group Champange Lady in this handcrafted 1/69th Scale B-17G Model. Each piece is carved from wood and handpainted to provide a piece you’ll love.