A 4″ with Hook and Loop Squadron Patch of the 354th Fighter Squadron.

A 4″ with Hook and Loop Squadron Patch of the 357th Fighter Squadron.

The squadron was first activated during World War II as a Republic P-47 Thunderbolt fighter squadron. After training in the United States the unit deployed to the European Theater of Operations. The unit entered combat operations in the summer of 1943, continuing in combat until April 1945. It earned a Distinguished Unit Citation for carrying out a difficult attack in April 1944. The squadron moved to Germany, where it was briefly part of the occupation forces before returning to the United States where it was inactivated in November 1945.

Be the first to review “357th Fighter Squadron Dragons Patch – With Hook and Loop, 4″” 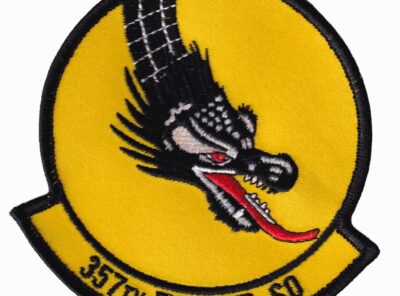 A 4″ with Plastic Backing/Sew On Squadron Patch of the 357th Fighter Squadron . 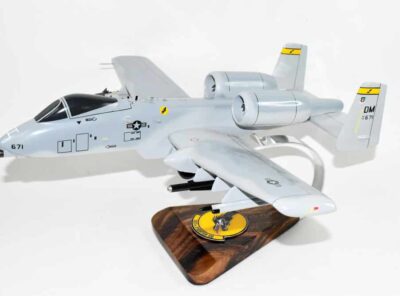 357th Fighter Squadron Dragons A-10 Fly with the Dragons of the 357th FS in the Davis-Monthan Air Force Base. Each model is carved from wood and hand painted to provide a piece you’ll love. 18 inches World War II The … Read More