The 32nd Air Operations Squadron, nicknamed the Wolfhounds, is an inactive United States Air Force unit. Its last assignment was with 32nd Air Operations Group, based at Ramstein Air Base, Germany. It was inactivated on 1 November 2005. Between 1955 and 1994, the unit was based at Soesterberg Air Base in the Netherlands, providing air defence on behalf of NATO as a fighter squadron.
History
World War II

The US Army Air Corps constituted the 32nd Pursuit Squadron (Interceptor). Seven weeks later, on 1 February 1940, the squadron activated at Kelly Field, Texas. After completing this training, in November 1940, the 32nd transferred to Langley Field in Virginia to join the 36th Pursuit Group. Once there, the 36th equipped the squadron with Curtiss P-36A Hawk aircraft. During its stay at Langley, the 32nd Pursuit Squadron flew a number of Curtiss YP-37 aircraft for a short period.

On 6 January 1941, the squadron moved to Losey Field, on the island of Puerto Rico[2] as a reaction to the German presence in South America. By June the Squadron had a mix of Curtiss P-40 Warhawks and Bell P-39 Airacobras at Ponce Field, although several Curtiss P-36As had been briefly assigned earlier during its first days on Puerto Rico. This strength remained essentially unchanged up to 7 December 1941.

After the Pearl Harbor Attack, the Squadron dispatched a detachment to Arecibo Field, Puerto Rico. In early 1942, the German Navy began anti-shipping operations using U-Boats in the Caribbean. The subs sank several tankers in the harbor at San Nicholas, Aruba and even shelled an oil refinery on the island. The Squadron standardized on the P-39, and established detachments at Arecibo Field and Bourne Field, Saint Thomas, U.S. Virgin Islands. The Squadron moved entirely to Arecibo by 19 February.[2] Another detachment was established at Hato Field, Curaçao.[2] The mission was to provide air defense for the bomber and anti-submarine units that had been assembled there. The Puerto Rico-based elements of the Squadron went through a training program, which included maneuvers with Puerto Rican Infantry and Artillery units. Redesignated as the 32nd Fighter Squadron on 15 May 1942, by the end of June the main body was still at Arecibo, although the detachments at St. Thomas and Hato Field continued.

The 32nd Fighter Squadron had the responsibility for tracking down German U-Boat Wolfpacks. The Wolfpacks, three or more subs together in a mission known as search and destroy, this led to the famous name and insignia “Wolfhounds”. In the fall of 1942, the Germans reduced their submarine activity in the Caribbean region to concentrate its activity on the North Atlantic convoy route and the approaches to northwest Africa. With the withdrawal of submarines from the Caribbean region the Antilles Air Task Force, which included the 32nd, concentrated its efforts as a striking force on its primary function of guarding against possible attacks on the Panama Canal.

The unit moved from France Field to Howard Field between 7 and 10 January 1945,[2] where it was to replace the 43d Fighter Squadron and prepare for the transition to Lockheed P-38 Lightnings. On 1 February 1945, the unit was redesignated as the 32nd Fighter Squadron, Twin Engine. However, no sooner had conversion to the P-38’s been completed than the entire complement of P-38s was hangared and the unit activities ran down with the end of the war in Europe. The squadron ceased all flying activities in June, and the P-38s were stored in a hangar. By October 1945, the squadron was reduced to a non-operational administrative organization. Inactivated on 15 October 1946.[2] 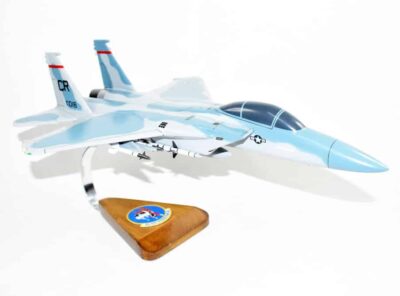 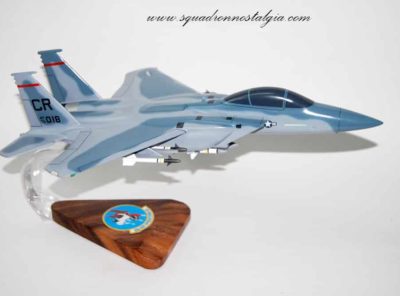