Fly with the 320th Bomb Wing in this hand crafted KC-135A Model. Each piece is carefully carved from wood and hand painted to provide a piece you’ll love.

Fly with the 320th Bomb Wing in this hand crafted KC-135A Model. Each piece is carefully carved from wood and hand painted to provide a piece you’ll love.

The 320th Air Expeditionary Wing (320 AEW) is a provisional United States Air Force unit assigned to the Air Force District of Washington. It is stationed at Bolling AFB, District of Columbia. The 320 AEW may be activated or inactivated at any time.

The 320 AEW was activated at Bolling in December 2006 for former President Gerald Ford’s state funeral during the Christmas and New Year holidays, attaching 634 personnel to complete a 10-day mission in three joint-operation areas. In less than 12 hours from notification, the 320 AEW deployed 167 joint forces and equipment for JTF Ceremony Forward.

It was activated in December 2008 to support Air Force requirements during the 2009 Presidential Inauguration, working with the Armed Forces Inaugural Committee, or AFIC.

The wing was originally activated during World War II and served with Twelfth Air Force as the 320th Bombardment Group. The highly decorated unit was equipped with the Martin B-26 Marauder aircraft. The group was later merged with the 320th Bombardment Wing, a component organization of Strategic Air Command’s deterrent force during the Cold War, as a strategic bombardment wing. 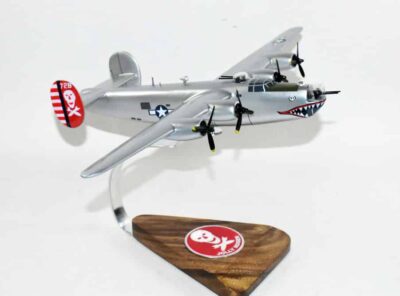