Fly with the 301st Airlift Squadron (Travis) in this handcrafted C-17 Globemaster Model. Each piece is carved from wood and hand painted to provide a piece you’ll love.

The squadron was activated as the 301st Troop Carrier Squadron in 1943. After training in the United States, it deployed to the European Theater of Operations. On D-Day, it dropped paratroopers in Normandy, earning a Distinguished Unit Citation. After V-E Day, it served until spring 1946 as part of the occupation forces, then returned to the United States for inactivation.

The squadron was activated in the reserve in 1949 and was mobilized for the Korean War, but its personnel were used as fillers for other units and it was inactivated. It was activated again as the 301st Military Airlift Squadron, a reserve associate airlift squadron and has served in that role to the present.

The mission of the 301st Airlift Squadron is to train and provide qualified McDonnell Douglas C-17 Globemaster III aircrews to fly worldwide airlift missions and augment the active duty forces under readiness conditions up to and including full mobilization.

History
World War II
The squadron was first activated as the 301st Troop Carrier Squadron in August 1943 at Sedalia Army Air Field, Missouri as a I Troop Carrier Command Douglas C-47 Skytrain squadron. After training in Missouri and later North Carolina, it was sent to Baer Field, Indiana for final equipping with aircraft and personnel. The 301st deployed to Ninth Air Force in England, and was assigned to IX Troop Carrier Command in March 1944 during the build-up prior to the invasion of France.

The squadron participated in the D-Day operation, dropping 101st Airborne Division paratroops near Cherbourg, then carried out re-supply and glider delivery missions the following day.

The squadron’s aircraft flew supplies into Normandy as soon as suitable landing strips were available and evacuated casualties to England. On 17 July the air echelon flew to Grosseto Airfield in Italy to prepare for operations connected with Operation Dragoon, the invasion of southern France, returning to England on 24 August.

The squadron moved to France in September 1944 and for the balance of the Northern France Campaign and the Western Allied invasion of Germany, it was engaged in combat resupply of ground forces, operating from advanced landing grounds in northern France. It delivered supplies to rough resupply and evacuation airfields near the front lines, returning combat casualties to field hospitals in rear areas.

After V-E Day, the squadron was based in the Leipzig area, then when Leipzig was turned over to the Soviet Union as part of its occupation zone, it was moved to the American Zone of Berlin where it was the first American air unit to occupy Tempelhof Airdrome on 4 July 1945.

The squadron returned to the United States in March 1946 and was inactivated at Bolling Field, District of Columbia

Air Force reserve
The 301st was reactivated as a Curtiss C-46 Commando transport squadron in the Air Force Reserve in 1949. It was called to active duty as part of the Korean War mobilization in 1951. Unit personnel and aircraft were assigned as fillers to active-duty units and the squadron was quickly inactivated. 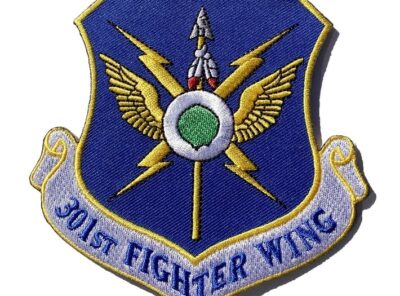 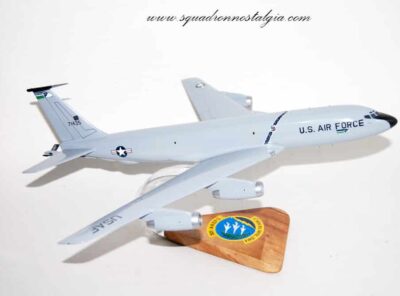 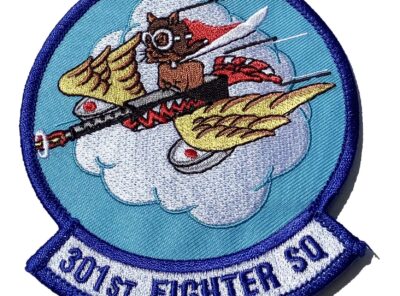 4 inch 301ST FIGHTER SQ Patch – Sew On The 301st Fighter Squadron is a United States Air Force Reserve squadron, assigned to the 325th Operations Group, stationed at Tyndall Air Force Base, Florida. It is an associate unit of … Read More