The 20th Fighter Wing (20 FW) is a wing of the United States Air Force and the host unit at Shaw Air Force Base South Carolina. The wing is assigned to Air Combat Command’s Fifteenth Air Force.

The 20th Fighter Wing was established on 20 July 1947 at Shaw Field, South Carolina and activated on 15 August. Upon its activation, the 20th commanded the functions of both the support groups as well as the flying 20th Fighter Group and the squadrons assigned to it. On 26 August 1948, the wing’s 20th Airdrome Group was discontinued and its elements became realigned under the 20th Air Base Group.

Two F-16s from the wing collided during a training flight on 15 October 2009. One F-16, piloted by Captain Lee Bryant, was able to land safely at Shaw.[2] The other plane, piloted by Captain Nicholas Giglio, 32, apparently crashed into the ocean. Authorities believe that Giglio was killed instantly in the collision and did not eject.[3] An accident investigation board determined that the crash was caused by pilot error. The board stated that Giglio was flying too fast and was not paying adequate attention as he attempted to rejoin Bryant’s aircraft for the return flight to Shaw.[4] 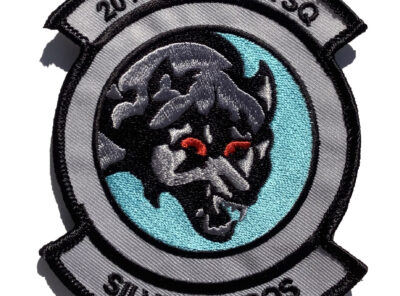