The 1st Marine Aircraft Wing is an aviation unit of the United States Marine Corps that serves as the Aviation Combat Element of the III Marine Expeditionary Force. The wing is headquartered at Camp Foster on the island of Okinawa, Japan. Activated in 1940, the wing has seen heavy combat operations during World War II, the Korean War and the Vietnam War.

Mission
Conduct air operations in support of the Fleet Marine Forces to include offensive air support, antiair warfare, assault support, aerial reconnaissance including active and passive electronic countermeasures (ECM), and control of aircraft and missiles. As a collateral function, the Wing may participate as an integral component of Naval Aviation in the execution of such other Navy functions as the Fleet Commander may direct. 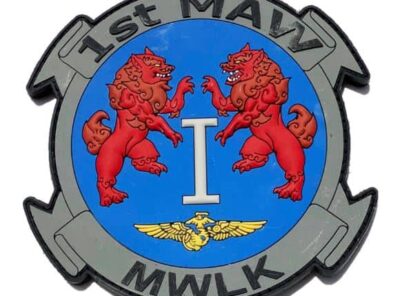