The United States Air Force’s 18th Wing is the host wing for Kadena Air Base, Okinawa, Japan and is the Air Force’s largest combat wing. It is the largest and principal organization in the Pacific Air Forces Fifth Air Force.

The Wing’s 18th Operations Group is a successor organization of the 18th Pursuit Group, one of the 15 original combat air groups formed by the Army before World War II.

Mission
The 18th Wing’s mission is to defend U.S. and Japanese’ mutual interests by providing a responsive staging and operational airbase with integrated, deployable, forward-based airpower. The focus of the unit’s operations is directed to accomplishing this mission. Strategy used to employ this mission centers around a composite force of combat-ready fighter, air refueling, airborne warning and control and rescue aircraft as well as medical aircrews tasked with transporting patients by air.

Units
The 18th Wing is composed of five groups each with specific functions. The Operations Group controls all flying and airfield operations. The Maintenance Group performs Aircraft and Aircraft support equipment maintenance. The Mission Support Group has a wide range of responsibilities but a few of its functions are Security, Communications, Personnel Management, Logistics, Services and Contracting support. The Civil Engineer Group provides facilities management, while the Medical Group provides medical and dental care.

Heraldry
The fighting cock emblem, approved in 1931, symbolizes the courage and aggressiveness of a combat organization. 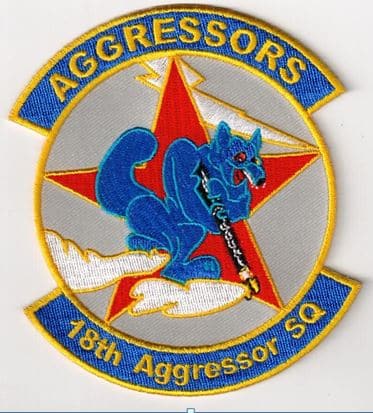 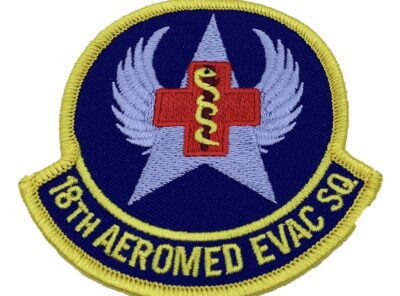