Fly with the 167th Airlift Wing in this handcrafted wooden C-5 Super Galaxy Model. Each piece is carved from wood and painted to provide a piece you’ll love!

ANG STATE MISSION
When Air National Guard units are not mobilized or under federal control, they report to the governor of their respective state, territory (Puerto Rico, Guam, Virgin Islands) or the commanding general of the District of Columbia National Guard. Each of the 54 National Guard organizations is supervised by the adjutant general of the state or territory. Under state law, the Air National Guard provides protection of life, property and preserves peace, order and public safety. These missions are accomplished through emergency relief support during natural disasters such as floods, earthquakes and forest fires; search and rescue operations; support to civil defense authorities; maintenance of vital public services and counterdrug operations. 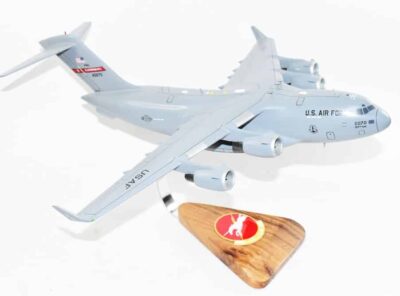