A carefully carved and hand painted plaque of the 155th Airlift Squadron.

History
World War II
Organized and trained in the Northeast United States by First Air Force. During training was part of the air defense of the northeast, being attached to the New York and Boston Fighter Wings.

Deployed to England aboard the RMS Queen Elizabeth and served in combat as part of VIII Fighter Command from October 1943 to May 1945, participating in operations that prepared for the invasion of the Continent, and supporting the landings in Normandy and the subsequent Allied drive across France and Germany. The squadron flew P-47 Thunderbolts until they were replaced by P-51 Mustangs in November 1944.

From October 1943 until January 1944, operated as escort for B-17 Flying Fortress/B-24 Liberator bombers that attacked such objectives as industrial areas, missile sites, airfields, and communications.

Remained in the United Kingdom during the balance of 1945, most personnel were demobilized and returned to the United States, with aircraft being sent to storage facilities in the UK. The squadron was administratively inactivated at Camp Kilmer New Jersey on 10 November 1945 without personnel or equipment.

Tennessee Air National Guard
Re-designated: 155th Fighter Squadron, and allotted to Tennessee ANG, on 24 May 1946, extended federal recognition and activated on 3 February 1947. Assigned to the 118th Fighter Group at Berry Field, Nashville, flying the P-47 Thunderbolt aircraft. Was converted to a Tactical Reconnaissance Squadron in February 1951, being re-equipped with the RB-26 Invader.

Was Federalized and placed on active duty, 2 March 1951, remaining at Memphis Municipal Airport. Released from active duty and returned to Tennessee state control, 31 December 1952. The unit was redesignated as a jet photo reconnaissance organization on 1 April 1956 and equipped with the RF-84 Thunderflash, the jets being received directly from the factory for use in this mission.

Was expanded and the organization in Memphis was upgraded to a Group level on 1 April 1961, the squadron being assigned to the new 164th Military Airlift Group. Was realigned to becoming a strategic transport unit under Military Air Transport Service, being equipped with C-97 Stratofreighters. Conversion to this aircraft brought a worldwide mission with operations to such places as Europe, Japan, South America, Australia and South Vietnam. During May 1966, the unit set numerous records, to include 10 round trips to Southeast Asia and 1702 flying hours in one month, all accomplished primarily dedicated part-time personnel. May 1967 brought the introduction of the C-124 Globemaster, affectionately known as “Old Shakey”. Along with Old Shakey, the squadron’s personnel performed numerous humanitarian missions as well as routine support to Military Airlift Command (MAC).

Be the first to review “155th Airlift Squadron Plaque,14″, Mahogany” 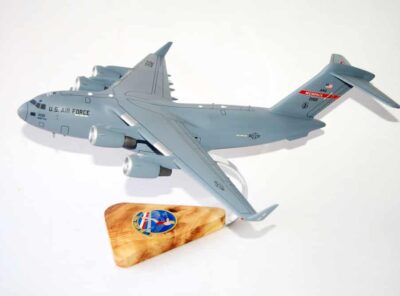 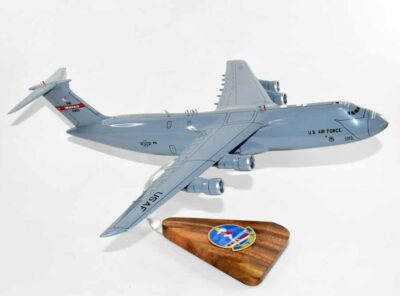 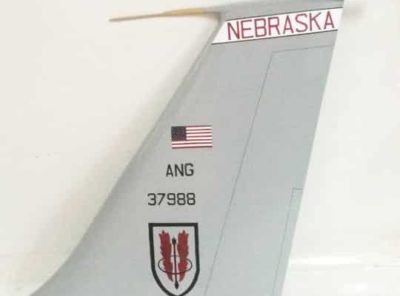 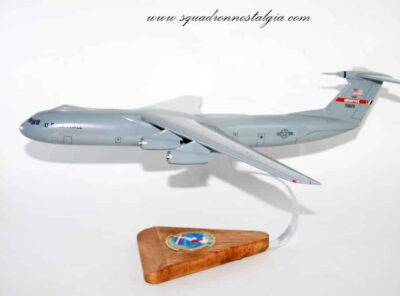