The 14th Fighter Squadron is part of the 35th Fighter Wing at Misawa Air Base, Japan. It operates the F-16 Fighting Falcon aircraft conducting Wild Weasel missions. The squadron has been stationed at Misawa since 1987.

The squadron was first activated during World War II as the 14th Photographic Reconnaissance Squadron. After training in the United States, the squadron moved to the European Theater of Operations. where it flew combat reconnaissance missions. It earned a Distinguished Unit Citation for missions flown over France between 31 May 1944 and the end of June. The squadron flew sorties to support Operation Overlord, the invasion of Normandy and Operation Market Garden, the airborne attack in the Netherlands. It conducted bomb damage assessment of Germany after VE Day. The squadron returned to the United States and was inactivated at the Port of Embarkation in December 1945.

The squadron served in the reserves as a reconnaissance unit from November 1947 to June 1947 at Binghamton, New York and as a troop carrier unit at Mitchel Air Force Base, New York from 1952 until it was replaced in 1953 by a squadron that had been called to active duty for the Korean War.

The squadron was first activated at Colorado Springs, Colorado in June 1942 as the 14th Photographic Reconnaissance Squadron, although it was more than a month before it moved to nearby Peterson Field and began training with Lockheed F-4 Lightnings under the 3d Photographic Group. In August 1942, the 3d Group moved to England. The squadron remained assigned to the 3d, but remained in Colorado, where it was attached to Second Air Force.In July 1943, the squadron was assigned to the 7th Photographic Reconnaissance and Mapping Group and moved on paper with the 7th Group to England. The 7th Group drew on the 13th Photographic Squadron, which was already flying Lightnings in England for its cadre. The 14th Squadron began to train with Supermarine Spitfire Mk. V fighters in July 1943 before equipping with the photographic reconnaissance Mk. XI version of the Spitfire in late summer.

The 14th flew combat reconnaissance missions in the European Theater of Operations from 12 August 1943 until 25 April 1945. The squadron’s Spitfires flew the majority of the target photography missions (including the first Spitfire reconnaissance mission over Berlin in March 1944), while the other squadrons of the 7th, equipped with Lightnings, concentrated on photographic mapping. Squadron deep penetration missions included reconnaissance of oil refineries to determine when repairs had been performed that could justify returning them to Eighth Air Force’s target list.[6] It earned a Distinguished Unit Citation for reconnaissance missions flown over France between 31 May 1944 and the end of June. The squadron flew over 300 successful sorties to support Operation Overlord, the invasion of Normandy. It flew missions over the Netherlands to support Operation Market Garden in October 1944 and conducted damage assessment of Germany until 23 July 1945.In late 1944, the squadron’s unarmed aircraft, flying by themselves, began to prove vulnerable to the jet powered Messerschmitt Me 262s entering service with the Luftwaffe. A squadron aircraft lost on 5 September 1944 was probably the first Army Air Forces loss to a German jet fighter.[6] The unit turned its aircraft in to depots during the late summer and early fall of 1945.[5] Squadron personnel returned to the United States and the unit was inactivated at the Port of Embarkation in December 1945

Air Force Reserves
The squadron was activated in November 1947 at Binghamton, New York as a reserve reconnaissance unit and assigned to the 65th Reconnaissance Group, which was located at nearby Rome Army Air Field. The squadron did not possess any tactical aircraft, but was assigned North American T-6 Texans and Beechcraft AT-11 Kansans for proficiency flying. Binghamton’s airport had not been completed at this time, so it seems probable that the aircraft operated from Tri-Cities Airport in nearby Endicott. President Truman’s reduced 1949 defense budget required reductions in the number of units in the Air Force,[8] and the 14th was inactivated and not replaced[1] as reserve flying operations at Binghamton ceased.

The squadron took three days to move to Udorn Royal Thai Air Force Base and flew its first combat missions in Southeast Asia on 2 November 1967. The Phantoms of the squadron replaced the McDonnell RF-101 Voodoos of the 20th Tactical Reconnaissance Squadron, which was inactivated on 1 November 1967. It continued to fly combat until August 1973. For a period in 1971, it was the only reconnaissance squadron in Southeast Asia. It documented by aerial photography the communist takeover of Cambodia and the Republic of Vietnam in 1975.

The squadron was again activated in 1987 as the 14th Tactical Fighter Squadron at Misawa Air Base, Japan. It initially trained for close air support using conventional weapons. It also provided for the air defense of northern Japan. The squadron has provided personnel and aircraft to support operations in Iraq and Afghanistan.

Be the first to review “14th Fighter Squadron Patch – Sew On” 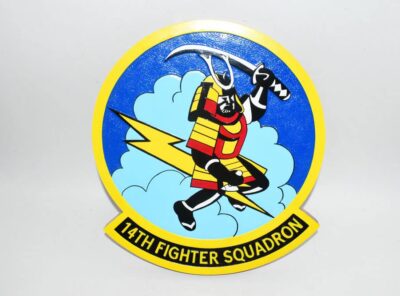 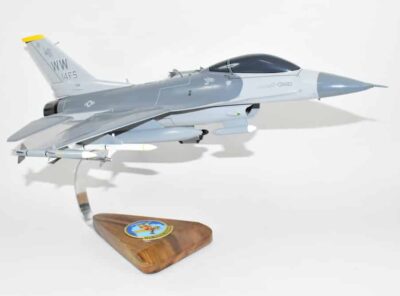