The 14th Fighter Squadron is part of the 35th Fighter Wing at Misawa Air Base, Japan. It operates the F-16 Fighting Falcon aircraft conducting Wild Weasel missions. The squadron has been stationed at Misawa since 1987.

The squadron was first activated during World War II as the 14th Photographic Reconnaissance Squadron. After training in the United States, the squadron moved to the European Theater of Operations. where it flew combat reconnaissance missions. It earned a Distinguished Unit Citation for missions flown over France between 31 May 1944 and the end of June. The squadron flew sorties to support Operation Overlord, the invasion of Normandy and Operation Market Garden, the airborne attack in the Netherlands. It conducted bomb damage assessment of Germany after VE Day. The squadron returned to the United States and was inactivated at the Port of Embarkation in December 1945.

The squadron served in the reserves as a reconnaissance unit from November 1947 to June 1947 at Binghamton, New York and as a troop carrier unit at Mitchel Air Force Base, New York from 1952 until it was replaced in 1953 by a squadron that had been called to active duty for the Korean War. 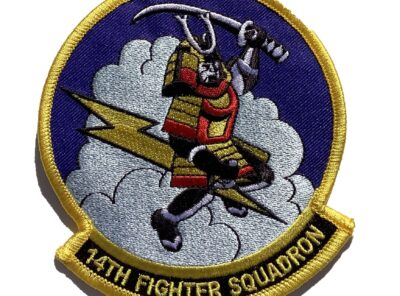