Fly with the 535th Airlift Squadron Tigers (Hickam) in this handcrafted C-17 Globemaster Model. Each piece is carved from wood and hand painted to provide a piece you’ll love.

The 535th Airlift Squadron is part of the 15th Wing at Joint Base Pearl Harbor-Hickam, Hawaii. It operates C-17 Globemaster III aircraft providing airlift in the Pacific theater.

The squadron was first established during World War II as the 535th Fighter Squadron. It served as a Replacement Training Unit for Republic P-47 Thunderbolt pilots until it was disbanded in a major reorganization of the Army Air Forces in 1944 designed to streamline training organizations. In 1949, the squadron was reactivated in the Air Force Reserve and served as a corollary unit of the active duty 27th Fighter Group and later, as the 535th Fighter-Escort Squadron of the 12th Fighter-Escort Group until it was ordered to active service in 1951. Its personnel were used to man active duty units and the squadron was inactivated. The squadron was redesignated in 1952 as the 535th Troop Carrier Squadron, and activated at Atterbury Air Force Base to replace elements of the 923d Reserve Training Wing. The following year the squadron was inactivated and replaced at Atterbury by the 71st Troop Carrier Squadron.

The unit was activated again in Viet Nam as a C-7 Caribou squadron assigned to the 483d Tactical Airlift Wing and the squadron was awarded three Presidential Unit Citations for its actions during the war. The unit was designated the 535th Airlift Squadron and activated in its current role in 2005.

The squadron was first established as the 535th Fighter Squadron and was activated in November 1943 at Richmond Army Air Base, Virginia. as one of the four original squadrons of the 87th Fighter Group. The squadron began operations with Republic P-47 Thunderbolts as a Replacement Training Unit (RTU). RTUs were oversized units which trained aircrews prior to their deployment to combat theaters and assignment to an operational group. In January 1944, group headquarters and the squadron moved to Camp Springs Army Air Field, Maryland[5][6] and the group’s remaining squadrons transferred to Millville Army Air Field, New Jersey.

However, the Army Air Forces found that standard military units, based on relatively inflexible tables of organization were proving less well adapted to the training mission. Accordingly, a more functional system was adopted in which each base was organized into a separate numbered unit.[9] while the groups and squadrons acting as RTUs were disbanded or inactivated. This resulted in the squadron being disbanded in the spring of 1944[5] and being replaced by the 112th AAF Base Unit (Fighter), which assumed its mission, personnel, and equipment.

The squadron was reactivated in 1949 in the Air Force Reserve at Bergstrom Air Force Base as a corollary unit to Strategic Air Command’s 27th Fighter Group.[5][12] With no aircraft assigned, reservists of the unit flew the North American F-82 Twin Mustangs, and later, the Republic F-84 Thunderjets[2] of the 27th. When most of the 27th group deployed to Korea for the Korean War, the group became affiliated with the 12th Fighter-Escort Group. The group was called to active service in May 1951. After its personnel were used to man other units, the group was inactivated in June.

Main article: 87th Air Base Wing
In 1952 the squadron was redesignated as the 535th Troop Carrier Squadron, became part of the newly constituted 87th Troop Carrier Wing under the wing base organization system, and was activated at Atterbury Air Force Base. The 87th wing replaced the 923d Reserve Training Wing at Atterbury when reserve flying operations resumed there. The squadron operated Curtiss C-46 Commandos to train reservists. In February 1953 the 434th Troop Carrier Group was released from active duty and activated in the reserves, and its 71st Troop Carrier Squadron assumed the mission, personnel and equipment of the 535th.

DeHavilland C-7A of the 535th Tactical Airlift Squadron at Cam Rahn Bay in 1971
Main article: 483d Tactical Airlift Wing
The squadron was activated in 1967, and took over the DeHavilland Canada C-7A Caribou aircraft operated by the 57th Aviation Company (U.S. Army) and its tactical airlift mission in South Vietnam. It operated from several locations in addition to its primary base at Vung Tau Airfield. The 535th airlifted routine cargo and passengers, provided support for Army special forces and radio relay for ground units, airdropped troops and cargo, performed emergency resupply and medical evacuation, and flew other combat airlift missions. It earned a Navy Presidential Unit Citation, as well as an Air Force Presidential Unit Citation for airlift support of Khe Sanh and other forward bases from January to May 1968. It earned a second Air Force Presidential Unit Citation for action between April and June 1970 when it participated in the aerial resupply of Dak Seang Special Forces Camp, evacuation of over 2000 refugees from Cambodia, and transportation of the Presidential Southeast Asia Investigation Team to various remote locations in South Vietnam. The squadron flew its last combat mission the day it was inactivated.

Modern era
The squadron was reactivated in 2005 as the 535th Airlift Squadron at Hickam Air Force Base to provide strategic and tactical airlift in the Pacific. It became the first unit located outside the Continental United States to fly the C-17 conducting strategic and tactical airlift. It conducts night vision goggle, low-level, air refueling and austere-airfield operations from within the world’s largest area of responsibility. The squadron has provided support for and operated in Operation Enduring Freedom, Operation Iraqi Freedom, and Operation New Dawn. Additionally, the squadron has provided emergency humanitarian relief to Haiti, Pakistan, Samoa, Kwajalein, Indonesia and Japan. 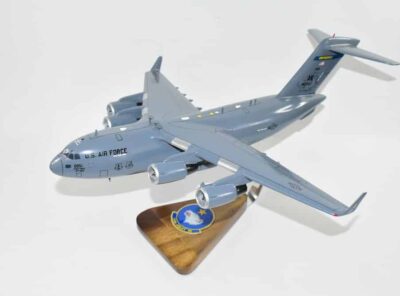 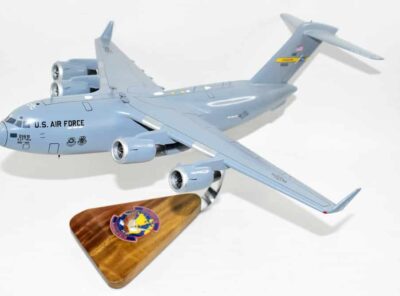 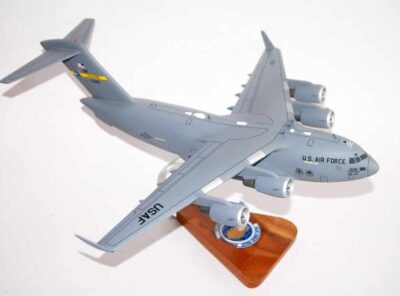