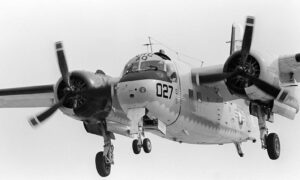 Fly this heirloom C-1 Trader model from a mantel or desk to capture this stalwart mail/cargo carrier. Each piece is carved from wood, individually made, and handpainted.

The Grumman C-1 Trader is a carrier onboard delivery (COD) variant of the Grumman S-2 Tracker. It was replaced by a similar version of the Northrop Grumman E-2 Hawkeye, the Grumman C-2 Greyhound.

The C-1 Trader grew out of a need by the United States Navy for a new anti-submarine airplane. In response to this Grumman began development on a prototype twin-engine, high-wing aircraft which it designated the G-89. In 1952 the Navy designated this aircraft the XS2F-1 and flew it for the first time on December 4 that year. During the rest of the 1950s three major variants emerged, the C-1 Trader being one of them. The C-1 (originally the TF-1) was outfitted to carry nine passengers or 3,500 pounds (1,600 kg) of cargo and first flew in January 1955.

18 inches / Made from Mahogany 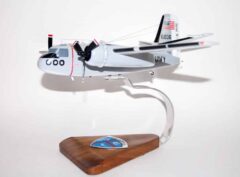 CV-41 USS Midway C-1A Trader Model Fly of the deck of the USS Midway in this handcrafted C-1 model. Each piece is carved from wood and handpainted to provide a piece you’ll love. USS Midway (CVB/CVA/CV-41) was an aircraft carrier … Read More 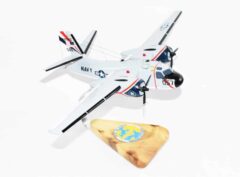 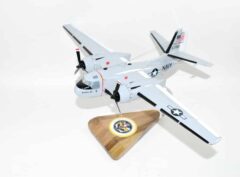 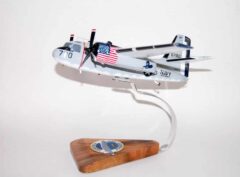 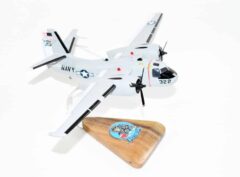 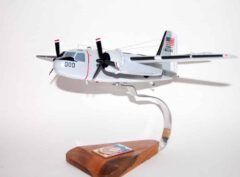 CV-61 USS Ranger C-1 Trader (146046) Model A beautifully wood sculpted model of a C-1 trader from the venerable USS Ranger.  Each model we make is unique to its point in time to aviation history. The seventh Ranger (CVA-61), a Forrestal-class aircraft carrier, … Read More 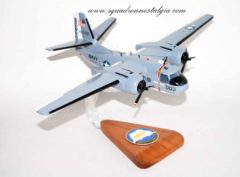 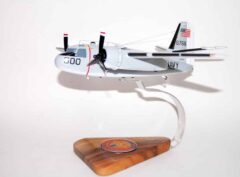 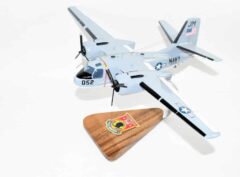 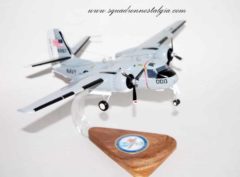 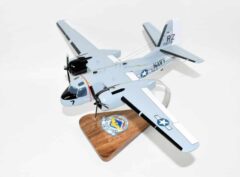 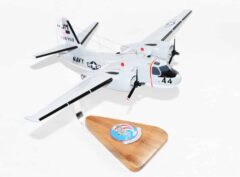 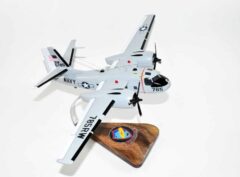 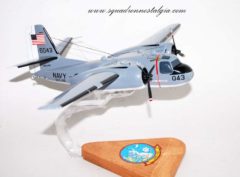 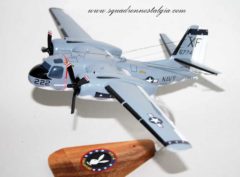 VX-4 Evaluators C-1A Model Fly with the Evaluators of VX-4 in this hand crafted C-1a model. Each piece is carved from wood and hand painted to provide a piece you’ll love. VX-4 (Air Test and Evaluation Squadron 4) was established … Read More