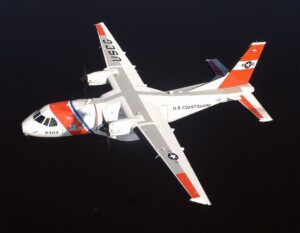 The EADS HC-144 Ocean Sentry is a medium-range turboprop aircraft used by the United States Coast Guard for search-and-rescue and maritime patrol missions. It is based on the Airbus Military CN-235 and was procured as a “Medium Range Surveillance Aircraft.” The HC-144 Ocean Sentry is manufactured by Airbus Group, Inc (formerly EADS North America) in Spain and is intended to replace the Dassault HU-25 Guardian jet in the Coast Guard’s fleet. It is part of the Coast Guard’s Integrated Deepwater System Program, which aims to modernize and expand the fleet. The HC-144, based on the CN-235-300 MP Persuader, has a longer endurance and better performance in low-level observation than the HU-25 it is replacing. It can stay in the air for eight hours, making it suitable for command and control and search and rescue missions. It also has a rear ramp for transporting cargo pallets and can take off and land on short runways. 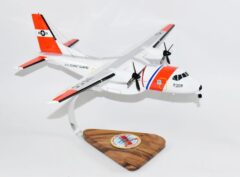 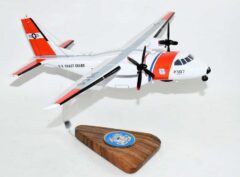