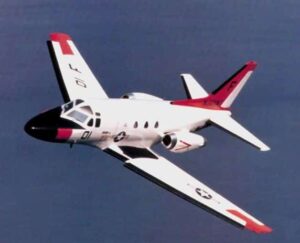 T3J (T-39) Sabreliner In July 1961, the Navy ordered ten of North
American’s Model NA-277 to train radar operators. In that order the aircraft was designated T3J-1, but by the time the first one was delivered in 1962, the designation
had been changed to T-39D. A total of 52 aircraft were accepted. Characteristics of the T-39 are as follows: Crew Pilot and a copilot as the main student. Provision in aft cabin for an instructor. Two standby students and a navigator’s station. 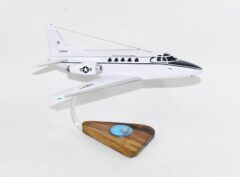 Fly with the CFLSW Det Washington DC in this hand crafted CT-39G Model. Each model is carved from wood and hand painted to provide a unique piece that will always be treasured. 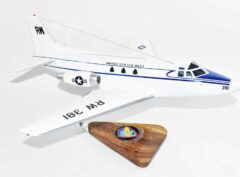 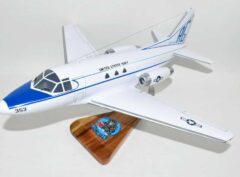