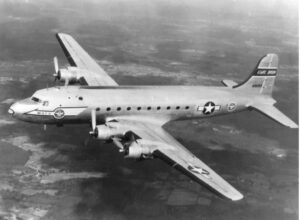 18 inch wingspan.  Made from Mahogany. 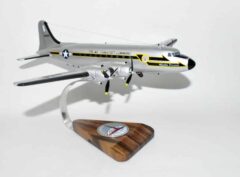 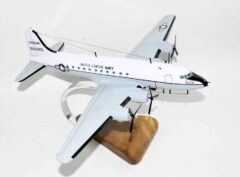 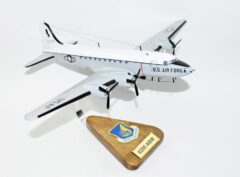 Fly with the Pacific Air Forces in this handcrafted C-54 Model. Each model is carefully carved from wood and hand painted to provide unique piece you’ll love. 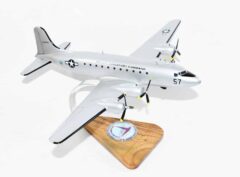 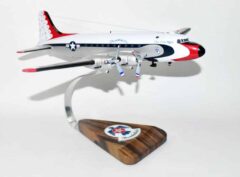 Thunderbirds C-54 Model Fly with the Thunderbirds in this handcrafted C-54 Model.  Each piece is carved from wood and painted to provide a one of kind piece.   Our pieces seek to recreate memories of these glorious aircraft. Wingspan – 18 … Read More