Fly this C-118 Liftmaster model on your desktop as you remember back. Each piece is carved from wood, individually made and handpainted to provide a piece you’ll love.

The DC-6 was known as the C-118 Liftmaster in United States Air Force service and as the R6D in United States Navy service prior to 1962, after which all U.S. Navy variants were also designated as the C-118.
The United States Army Air Forces commissioned the DC-6 project as the XC-112 in 1944. The Army Air Forces wanted a lengthened, pressurized version of the DC-4-based C-54 Skymaster transport with more powerful engines. By the time the prototype XC-112A flew on 15 February 1946 the war was over, the USAAF had rescinded its requirement, and the aircraft was converted to YC-112A, being sold in 1955.[1]

Douglas Aircraft modified the design into a civil transport 80 in (200 cm) longer than the DC-4. The civil DC-6 first flew on 29 June 1946, being retained by Douglas for testing. The first airline deliveries were to American Airlines and United Airlines on 24 November 1946.[1] A series of inflight fires (including the fatal crash of United Airlines Flight 608) grounded the DC-6 fleet in 1947. The cause was found to be a fuel vent next to the cabin cooling turbine intake; all DC-6s were modified and the fleet was flying again after four months on the ground.
Wiki
https://www.facebook.com/groups/C118Liftmaster/ 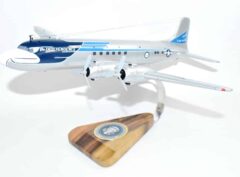 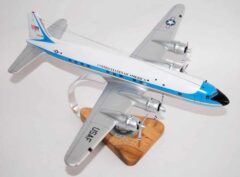 Air Force One VC-118a Liftmaster Model Fly with the Air Force One  again in this handcrafted VC-118A Liftmaster (DC-6A) Model. Each model is carved from wood and handpainted to provide a piece you’ll love. Length – 18 inches Air Force … Read More 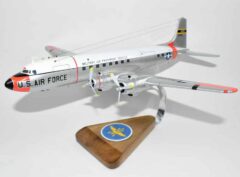 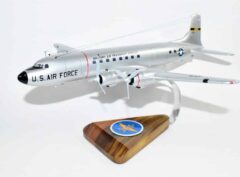 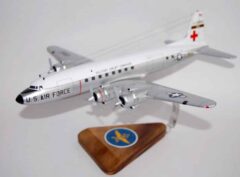 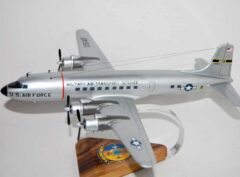 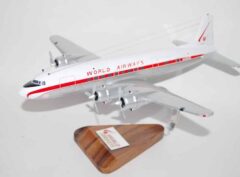 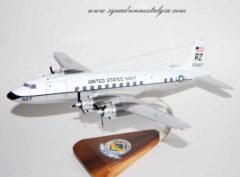 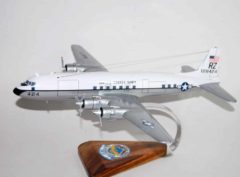 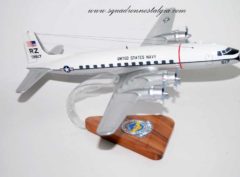 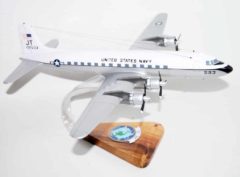 VR-52 Taskmasters C-118 (1980) Model Fly with the Taskmasters of VR-52 again in this hand crafted C-118 model. Each piece is carved from wood and hand painted to provide a unique piece! 18 inches Fleet Logistics Support Squadron 52 was … Read More 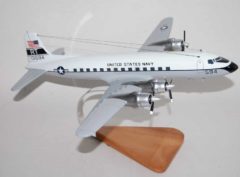 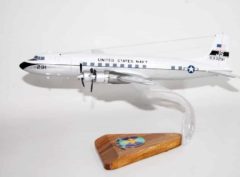 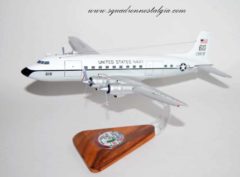 VR-871 C-118 Model Fly again with the Reserves of VR-871 out of Alameda CA…you call, we haul! Each model is carefully carved from wood and hand painted to provide a piece you’ll love! 18 inches