Fly this C-117 Skytrain or R4D-8 model on your desktop as you remember back. Each piece is carved from wood, individually made, and handpainted to provide a piece you’ll love.

When it was introduced in the mid-1930s, the Douglas DC-3 revolutionized commercial aviation by providing airlines with a more capable and comfortable aircraft that enabled the expansion of transport routes. During World War II, the DC-3, designated the C-47 by the Army Air Forces and the R4D by the Navy, was used in a variety of military roles, earning a reputation for reliability and versatility. After the war, Douglas attempted to modernize the DC-3 by creating the Super DC-3, which featured a strengthened fuselage, new wings and tail surfaces, and fully enclosed nacelle doors. However, the Super DC-3 was not advanced enough for major airlines and too expensive for regional carriers, so Douglas focused on military sales. The U.S. Navy ordered 98 R4D-8s (later redesignated C-117 Skytrain) and used them for a variety of missions, including transportation of personnel and cargo, training of naval aviators, and VIP transport.

18 inches/ Made from Mahogany 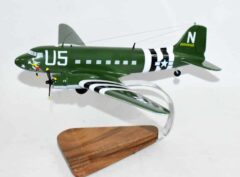 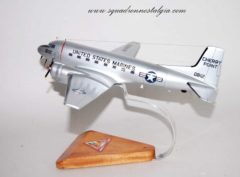 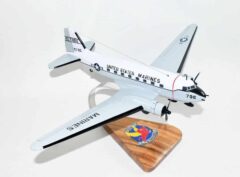 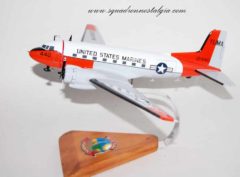 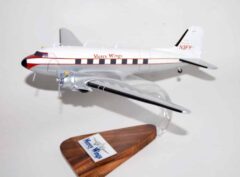 Merry Wings C-47 Model Fly with the Merry Wings C-47 in this hand crafted Model. Each model is carved from wood and hand painted to provide a unique piece that will always be treasured. Length- 12.5 inches 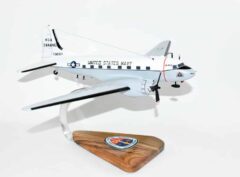