The B-25 medium bomber was one of America’s most famous airplanes of World War II. It was the type used by Gen. Jimmy Doolittle for the Tokyo Raid on April 18, 1942.

Subsequently, B-25s saw duty in every combat area being flown by the Dutch, British, Chinese, Russians and Australians in addition to U.S. forces. Although the airplane was originally intended for level bombing from medium altitudes, it was used extensively in the Pacific Theater for bombing Japanese airfields and beach emplacements from treetop level, and for strafing and skip bombing enemy shipping.

During its long career, the B-25 experienced a number of modifications. The first major change occurred with the G model that included a 75mm cannon and two fixed .50-cal. guns in the nose. The H model was the first to add additional forward firing .50-cal. guns in cheek blisters. In the J version, the most numerous variant, the aircraft returned to its initial arrangement as a level bomber, reverting to a transparent nose that included one flexible and two fixed .50-cal. guns.

Driven by requirements in the Pacific, however, field-modified Js and finally production versions once again featured a solid nose that housed eight fixed .50-cal. guns for low-level attack. In this configuration, the J model could devastate vehicles and shipping with up to 14 forward firing heavy machine guns.

The airplane on display, actually a RB-25D (S/N 43-3374), was removed from storage at Tucson, Ariz., and rebuilt by North American Aviation at Inglewood, Calif., to the configuration of the lead B-25B flown by Lt. Col. Doolittle on the Tokyo Raid. It was then flown to the museum, arriving in April 1958. 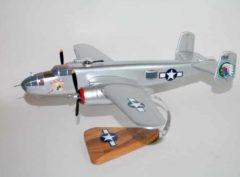 “In the Mood” North American B-25 Mitchell 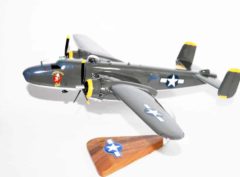 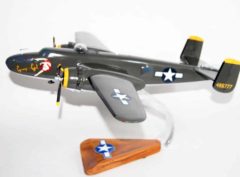 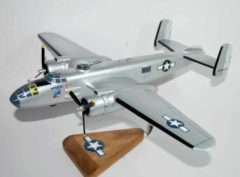 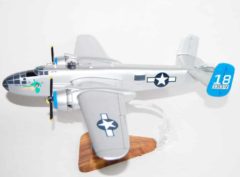 “Maid in the Shade” North American B-25 Mitchell 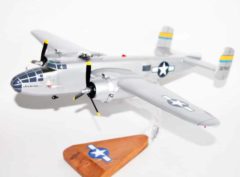 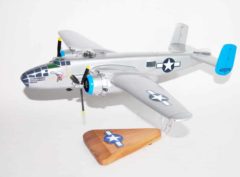 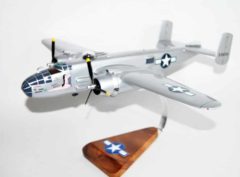 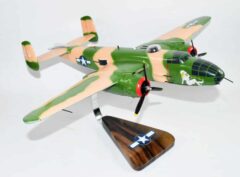 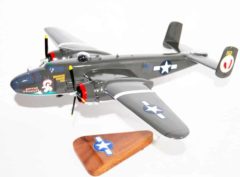 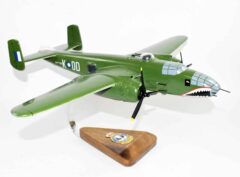