Capture what it was like to fly with the VW-4 Hurricane Hunters in this P-3 Orion.  This 18 inch wooden model is meticulously carved and painted to create a piece that you will proudly be able to display.

Airborne Early Warning Squadron FOUR, or in naval jargon, VW-4. VW-4 was the only naval squadron on the continent providing advance warning against the approach of destructive tropical storms and hurricanes. The squadron had been providing this service since 1953 and was the seventh naval aircraft squadron assigned to the mission of hurricane reconnaissance.

Hurricane reconnaissance techniques have improved greatly during recent years. Squadrons VPB-114, VPM-3, and VPHL-3 contributed to the research and initial development of the famous low-level penetration technique started in 1943. This method had been used by the Navy for more than thirty years.

Weather reconnaissance, using this method, was performed at an altitude of 500 to 1,000 feet, with penetrations into the hurricane eye also being made at this altitude. Thought by many to be the most dangerous type of flying in the world, time tested procedures and highly trained flight crews reduced the danger to a minimum. Historians are amazed to learn that in over twenty three years of Navy hurricane flights in the Atlantic, Caribbean, and Gulf of Mexico using this method, only one plane had been lost. This occurred in 1955 when an aircraft of VW-4, a P2V Neptune, was lost with all hands in the Caribbean while penetrating the eye of Hurricane Janet. 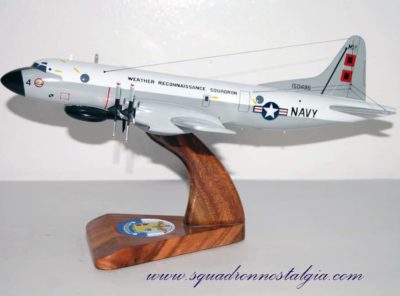 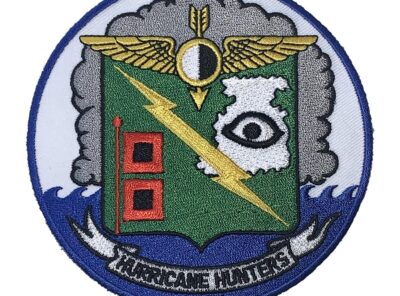 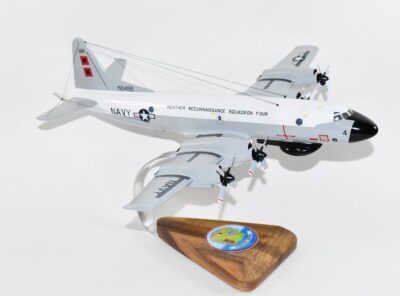 Fly with the VW-4 Hurricane Hunters (150496) in this handcrafted WP-3A Model. Each model is carefully carved from wood and hand painted to provide unique piece you’ll love. 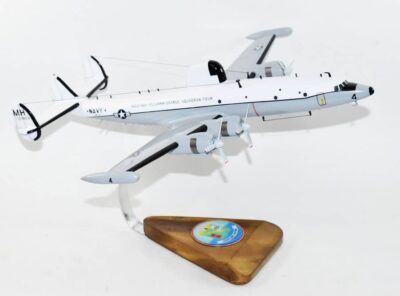 Capture what it was like to fly with the VW-4 Hurricane Hunters in this WC-121 Super Constellation.  This 18 inch wooden model is meticulously carved and painted to create a piece that you will proudly be able to display. 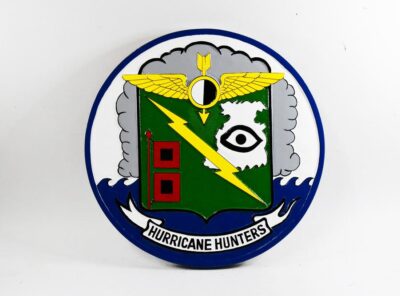