A carefully crafted S-3 Viking model with the VS-29 Dragonfires – a perfect display to capture your time with the legendary squadron!  Each model is solid wood and hand painted to provide a piece of exceptional quality.

VS-29 was commissioned 1 April, 1960. Since then the “World Famous Dragonfires” of VS-29 have served the United States and the fleet in numerous wars and conflicts and in all major oceans of the globe with aggressive and imaginative tactical employment of the S-2 Tracker and S-3A/B Viking.

In 1961, they embarked aboard USS KEARSARGE (CVS-33) and in 1962 and 1963 assisted in the recovery of Mercury space capsules. In 1964 the Dragonfires sailed for the Western Pacific Ocean (WESTPAC) and began operations in the South China Sea. From 1966 through 1972 the Dragonfires operated aboard several carriers on deployment to the Gulf of Tonkin.

In 1975, after transitioning from the S-2 Tracker to the S-3A Viking, they made the first WESTPAC S-3A deployment while attached to Carrier Air Wing Fourteen (CVW-14) embarked on USS ENTERPRISE (CVN-65). In 1977 VS-29 deployed as part of CVW-2 aboard USS RANGER (CV-61). The Dragonfires joined CVW-15 in 1981 aboard USS KITTY HAWK (CV-63) for WESTPAC deployment. 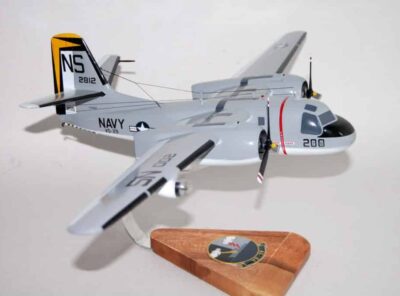 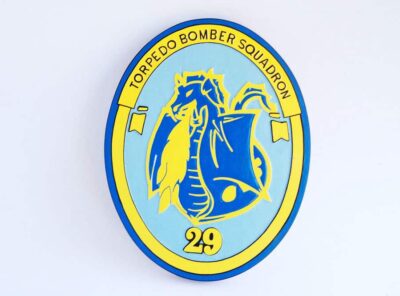 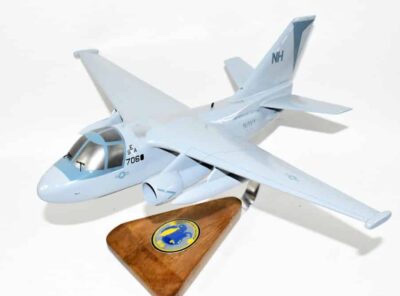 VS-29 Dragonfires S-3B (USS Lincoln 1995) Viking Model A carefully crafted S-3 Viking model with the VS-29 Dragonfires – a perfect display to capture your time with the legendary squadron!  Each model is solid wood and hand painted to provide … Read More 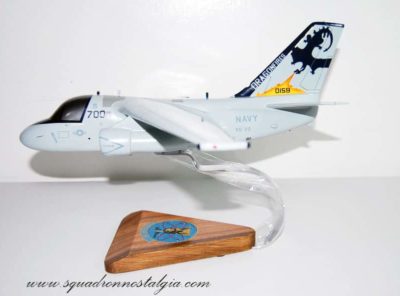