Fly with the VP-94 Crawfishers 151364 in this handcrafted P-3b Model.  Each piece is carved from wood and painted to provide a one of kind piece.   Our pieces seek to recreate memories of these glorious aircraft.

VP-94 was initially established in 1970 as part of a Navy initiative for the majority of combat aviation units in the then-Naval Reserve (now Navy Reserve) to be organized as front line commissioned units with their own aircraft and support equipment.

Throughout the Cold War, VP-94 initially operated the SP-2H Neptune transitioning to the P-3A Orion in April, 1978, then the P-3B and finally the P-3C, routinely deploying world-wide, primarily tracking Soviet submarines and surface vessels. The squadron played a role in Gulf of Mexico and Caribbean drug interdiction operations with the U.S. Coast Guard. The squadron was awarded the Coast Guard Meritorious Unit Citation with Operational Device and the Coast Guard Special Operations Ribbon for these operations.

Following the demise of the Soviet Union, and the reduction in Russian naval activity, and the perceived “Peace Dividend” of the mid-1990s, much of the US Navy’s P-3 patrol aircraft fleet was subjected to budgetary reductions. In the case of the active duty P-3 fleet, the entire patrol aviation (VP) community was reduced by 50%, going from 24 deployable P-3C fleet squadrons and two fleet replacement squadrons, to 12 deployable P-3C fleet squadrons and one single-site fleet replacement squadron.

The Reserve VP community of 13 P-3B and P-3C squadrons was subjected to more drastic reductions. VP-94 was one of 11 Reserve VP squadrons disestablished to cut costs. Eliminated were all squadrons operating P-3B aircraft, which were retired to AMARC, and eliminating all but two Reserve P-3C squadrons, transferring the bulk of the Reserve P-3C aircraft to the Regular Navy at the principal active duty CONUS and Hawaii P-3 bases.

VP-94 was disestablished in September 2006. The remaining Reserve P-3C squadrons are VP-62 (the “Broadarrows”) at NAS Jacksonville, Florida and VP-69 (the “Totems”) at NAS Whidbey Island, Washington. 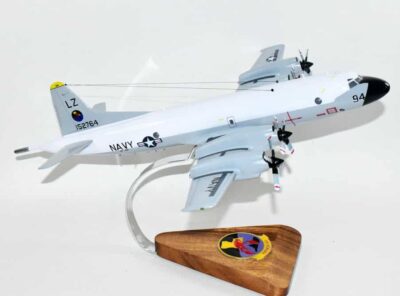 VP-94 Crawfishers P-3b Model What better way to show your legacy with VP-94, then with this wooden P-3b model.  Each model is carefully carved and then meticulously painted. You will be proud to have this displayed when you think of … Read More 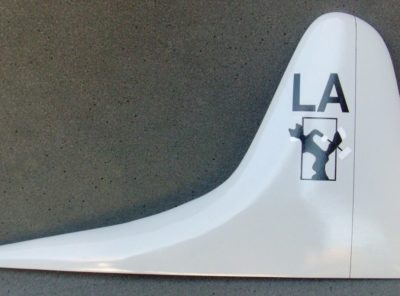 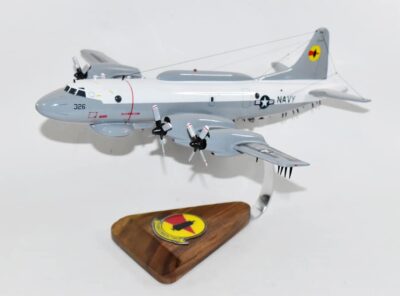 Recreate your memories from the VQ-2 Sandeman with this replica EP-3 model. Each model is carefully crafted from wood to give you a piece that will always be treasured. 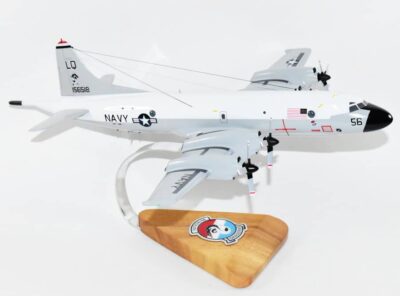 Recreate a VP-56 Dragon P-3C with this 18 inch wooden model depicting the correct paint scheme vintage 1983.  You will proudly be able to display this model and bring back some great memories.   We can customize as required to do any paint scheme. 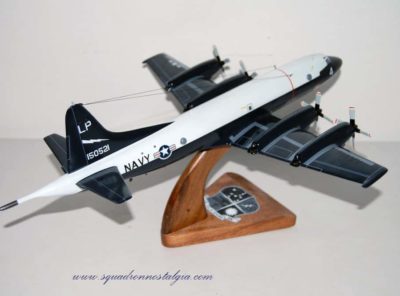 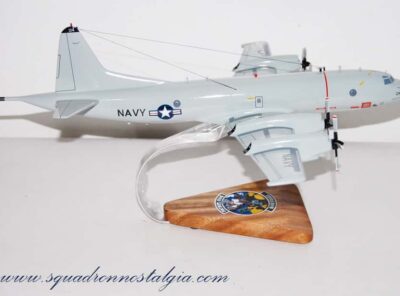 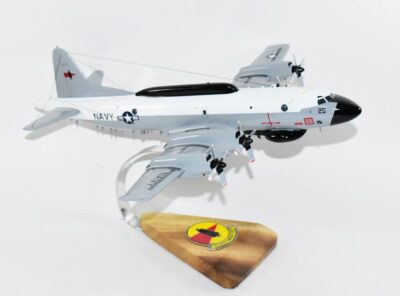 Recreate your memories from VQ-2 with this replica EP-3 model (Ranger 25). Each model is carefully crafted from wood to give you a piece that will always be treasured. 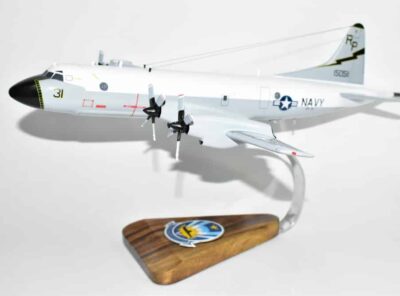 VP-31 Black Lightnings P-3b (1979) Model Capture your first flight in a VP-31 P-3b with a beautifully carved and painted replica that you can proudly display anywhere.   Paint scheme matches BUNO 150511 flown circa 1979.  Each model is carefully crafted … Read More